A DVD made in Dunedin, which shows the progress Christchurch is making following the 2011 earthquakes, has given the Duchess of Cambridge ''goose bumps''. 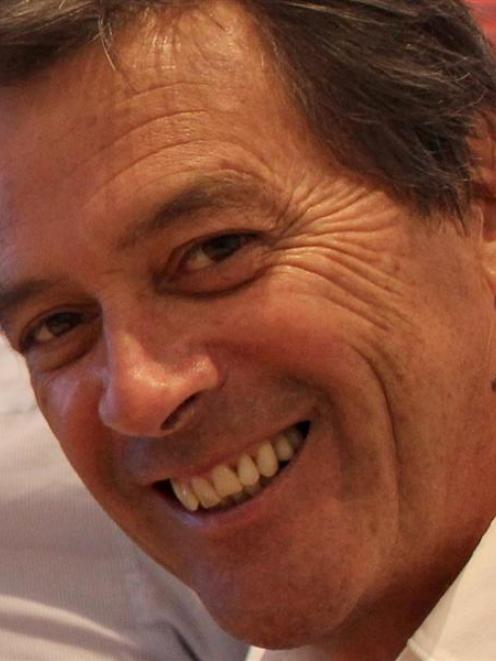 Ian Taylor.
The six-minute presentation was made by Animation Research Ltd and was the centrepiece of the lunch for William and Kate, during their Christchurch visit yesterday.

It showed the resilience and strength of the Christchurch people helping with the rebuild, and aimed to help people understand the scale of the opportunities that lie ahead for the city.

Animation Research Ltd/Virtual Eye chief executive officer Ian Taylor said the presentation was wrapped up in the story of Aoraki.

''It begins with an animation of Aoraki's waka crashing on the rocks and turning into the South Island.

''And then our focus was on the people we never hear from - the people who are passionate about their city and determined to make it something special.

Mr Taylor said the presentation received a great response from the Royals.

''It was really lovely. [Catherine] apparently said it gave her goose bumps.

''He [the prince] was really impressed by it. I was fortunate enough to be sitting at his table - he thought it was just fantastic.

''I could see the [duke and duchess] watching it. Their eyes never came off it.''

The presentation received a ''really wonderful'' response from the people of Christchurch, as well, he said.

The DVD was made at the request of Canterbury Employers' Chamber of Commerce chief executive Peter Townsend, and the Animation Research Ltd team started working on it last Wednesday.

Mr Taylor said there were several sleepless nights as the team worked to finish it, completing the task at 1am yesterday.

''It was quite nice to make it from the outside looking in, because you look at it and you see some really amazing things that have been done ...

''They are still suffering, but I hope the video does give them something to hold on to and to celebrate.''

The presentation has since been sent to media organisations around the world.

When Prince William learned the company was based in Dunedin, he told Mr Taylor he had had a wonderful day in the city.

''People think that they leave the town and forget,'' Mr Taylor said.