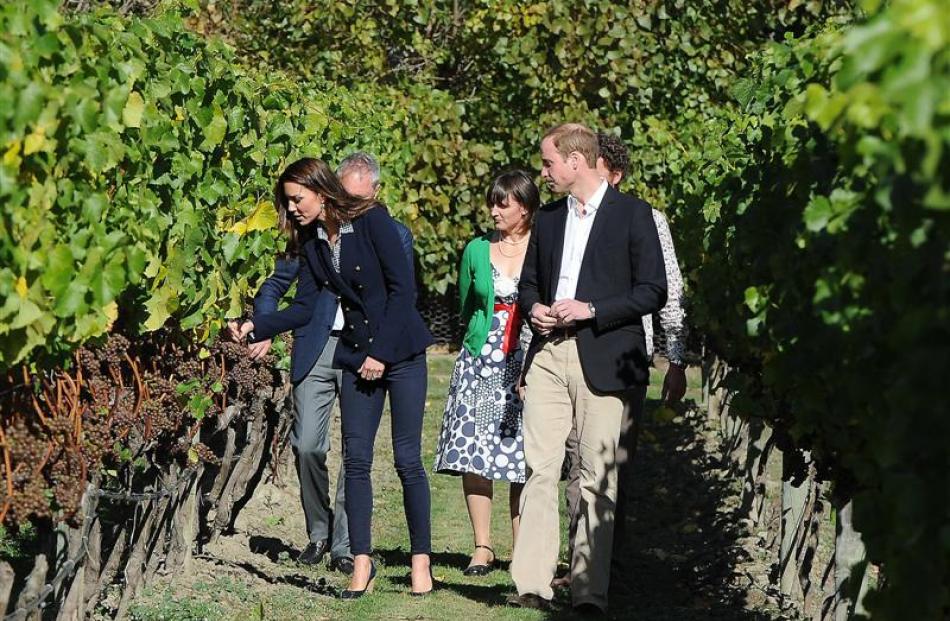 Catherine, the Duchess of Cambridge, and Prince William, the Duke of Cambridge, walk through the vineyard with (from left) John Darby, co-owner of Amisfield Winery, Lucie Lawrence, from Central Otago Pinot Wine Ltd, and James Dicey, from Ceres, during... 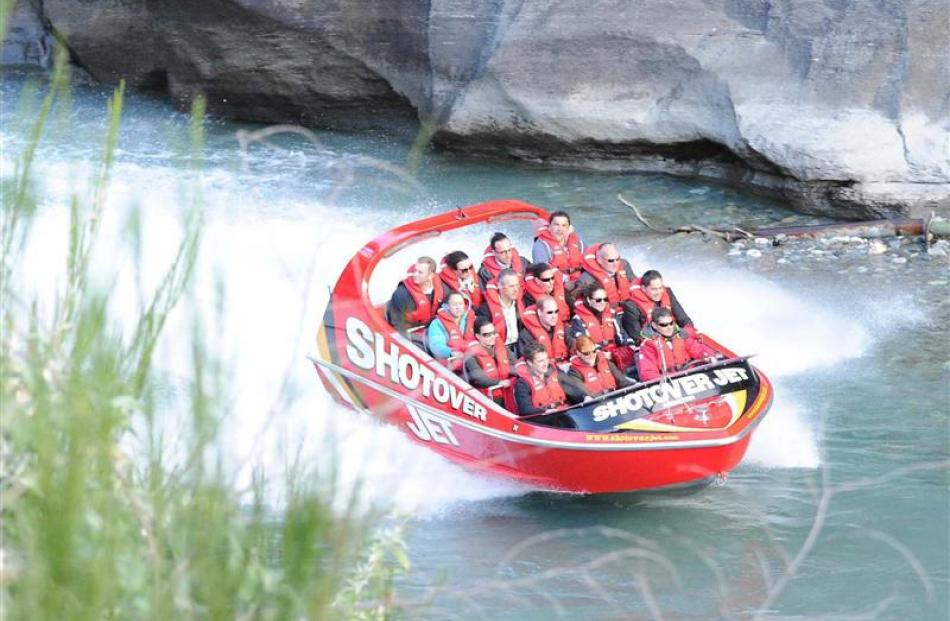 Global interest in Queenstown has rocketed following the visit to Amisfield Winery and Shotover Jet by the Duke and Duchess of Cambridge on Sunday.

The dividends in publicity generated by the media pack of 120 regional, national and international reporters are being counted by Destination Queenstown and Tourism New Zealand this week.

However, Queenstown's regional tourism organisation has already charted significant spikes in visits to the resort's official website, which show wide and lucrative interest from many visitor markets in the New Zealand resort.

DQ chief executive Graham Budd said the number of visits to Queenstown's official website gave the only immediate indication of the domestic and worldwide effect being achieved and more was expected.

Web statistics revealed a 25% year-on-year growth from Queenstown's biggest visitor market, the rest of New Zealand, in the weeks before the Royal visit.

A significant 80% year-on-year increase in hits over the past month to find out more about Queenstown came from Australia, helped by seasonal campaigns across the Tasman.

There were 1187 hits on Sunday compared with 659 the corresponding day last year.

Website hits from the United Kingdom, a moribund visitor market due to the global financial crisis, had risen 18% in the weeks leading up to the visit over the same period last year, then increased by 53%, or 78 hits to 128, on the day of the Royal visit, compared with previous days.

The trend was expected to continue upwards as the UK, 11 hours behind New Zealand, consumes media coverage this week.

Hits from the United States were also up 40% in the wake of the visit.

The Sydney Morning Herald, Daily Express and The Times of London were among the newspapers which ran photographs of the duchess at Amisfield Winery holding a glass of wine or sampling wine, while the papers reported she had ended pregnancy speculation by visiting the winery and taking a ''white-knuckle'' jet-boat ride.

The Daily Telegraph, Radio Australia, BBC News and ITV News, The Guardian and The New Zealand Herald are also among the major mastheads which extensively covered the Royal visit.

Social media users, many using #RoyalVisitNZ, reported the activities of the couple to such an intensive extent followers around the world could keep track in almost in real time and ''New Zealand'' trended on Twitter.

''Given their, frankly, celebrity status on the international stage, I think there are many people in many markets who follow their travels,'' Mr Budd said.

''Web hits are one nice measure, but the bigger impact is the media coverage itself.

''It's out there now. They visited us, they had a sensational visit, the weather was beautiful and sunny and they did a couple of iconic Queenstown activities, so now that's just spreading around the world.''