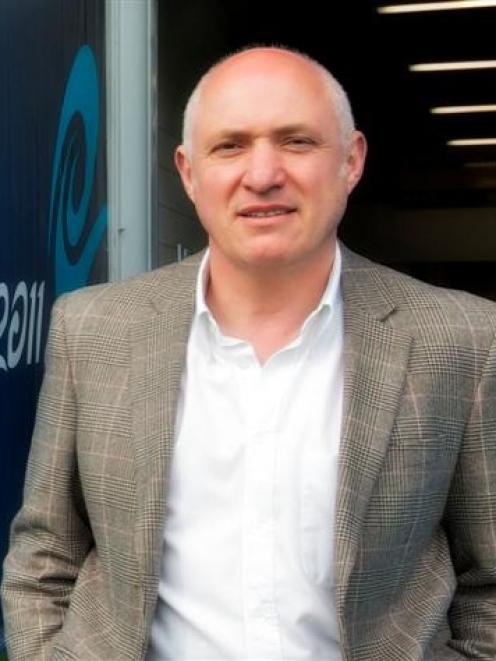 David Davies
An international search for candidates to replace Dunedin Venues Management Ltd chief executive David Davies has reached a deadline, leaving the company with a crucial choice to make.

Applications for the post of DVML chief executive closed yesterday after a month-long recruitment drive by Optima Global Talent, on behalf of the DVML board.

However, the level of interest in the high-profile role - amid concerns over the company's finances and continuing finger-pointing over the Forsyth Barr Stadium - remained a mystery yesterday.

Nobody from the DVML board was prepared to discuss the appointment yesterday.

Board members were waiting to hear more from the recruitment company today, but were reluctant to say anything until the process was concluded, the Otago Daily Times was told.

The recruitment drive was sparked by the announcement in May incumbent chief executive David Davies was to resign and return to England next March.

It also followed revelations DVML had recorded a $1.9 million loss for the first six months of the 2011-12 financial year, and was forecasting a full-year loss of $2.4 million and a further $3.3 million in losses to 2015.

That was followed days later by confirmation an $8.4 million budget blow-out and interest costs had pushed the final cost of the stadium to $224.4 million.

The bad news meant whoever took on the role would have financial hurdles to overcome, as well as dealing with as-yet-unknown results of a review of DVML and the stadium's operating model.

Dunedin Mayor Dave Cull said the appointment would be "pretty critical", even though the job description might change as a result of the review.

He was not involved in the review or the recruitment drive, and did not know when an appointment was likely to be announced.

He was selected from 92 candidates following a four-month search by New Zealand-based recruitment company Sheffield Search.

The recruitment drive cost the council $66,571.90, with the bill including Sheffield's recruitment fee, flights, accommodation, psychometric testing, advertising and other expenses.