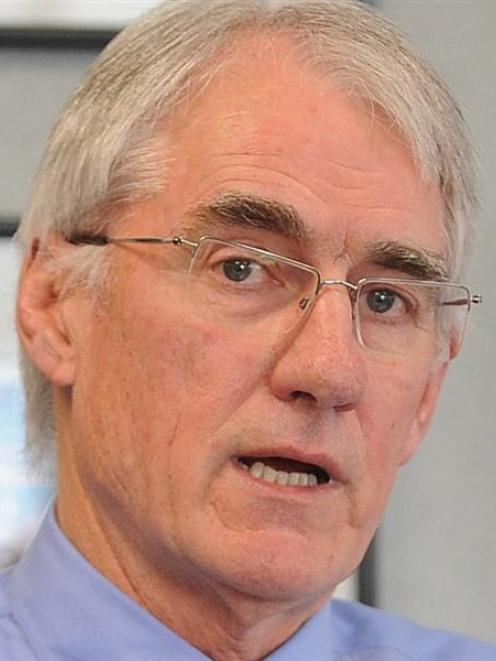 Athol Stephens
A document that may give the Dunedin public some idea of whether Forsyth Barr Stadium will pay for itself, or end up an annual drain on city finances, is being held for "formal advice".

The six-month report from Dunedin Venues Management Ltd, the Dunedin City Council-owned company set up to run the stadium and other venues, did not turn up with the reports from other council companies yesterday.

The report will list the company's revenue, expenditure, and profit or loss, and council finance and corporate support general manager Athol Stephens said yesterday he expected the public would discover when the document was finally released the first six months had been "a challenge".

Asked where DVML's report was, DCHL director Denham Shale said while he had been told DVML might join the holding company's group, that had not yet come about.

But Mr Stephens said a draft report had been completed, and was with DCHL.

Council staff, including Mr Stephens and chief executive Paul Orders, had looked at it, and had sought advice from DCHL's directors on matters including "format and content".

"They are in the process of giving that advice formally."

While "strictly, at the moment" DVML was not within the DCHL group of companies, a report from independent consultant Warren Larsen, which initiated a full restructuring of the council's companies last year, had suggested it should be.

"I think we'll find it moves in that direction reasonably soon."

Mr Stephens said the DVML board had to be "a wee bit careful" about what commercial matters it included in its report, as it was in a competitive environment.

Asked why DCHL had been asked for its advice, Mr Stephens said in a six-month report there were accounting conventions in which DCHL's directors were well versed.

As well, DCHL would give the document a "general governance scan" of the content to look for commercially sensitive areas, and any unresolved issues.

"It just needs to be worked through in a careful sort of way."

Asked when the document might be released to the public, he said he expected by the next council meeting on March 27.

Asked if there might be any unpleasant surprises for the public, Mr Stephens said the report would take in the last six months of last year.

The stadium opened in August, with the Rugby World Cup the first major event, in which DVML "did not make anything, but spent a fair bit".

The Elton John concert had been held, but the period was "an establishment phase".

"The first year, I suspect, will be a challenge for them."

DVML had to get its structures in place and attract events, and "that takes time and money".

In the financial year to the end of June 2011, DVML recorded a $3.2 million loss from a period before the stadium was built, in which there was no income.