Elderly most likely to have long ED stays 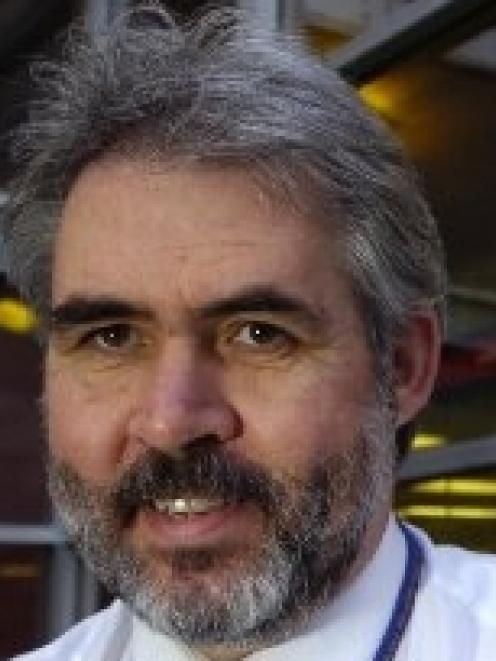 "Anyone who thinks that the patients lying around the corridor of the ED for hours are young drunks or others there as a result of their risky lifestyle is ill-informed," he said.

Dr Chambers yesterday said he had undertaken analysis of patient figures because he suspected the hospital was failing the elderly.

His figures for the three months to the end of October showed nearly 61% of the 281 eldest patients, those aged between 90 and 99, were having stays beyond the target of six hours.

Generally, the older patients were, the higher the chance they had of not being treated and discharged or transferred to a ward within the target time.

While in some ways this was logical as elderly patients were more complex and it could take a long time to sort out whether they should be admitted or sent home, the figures were still quite shocking, he said.

Most of the elderly he referred to would be people who had become acutely ill or had fallen over "and frequently both".

If patients had complex needs which took time to assess then they should be accommodated in places with "proper beds and toilets", not left on beds in corridors.

Elderly people would be coming to the emergency department in greater numbers in the future and they deserved a timely service just as much as younger folk, he said.

Under the Ministry of Health targets the ED stay for 95% of all patients is six hours at most, but in recent months about 70% have met this time.

Dr Chambers has recently spoken out about the lack of progress towards the target, and his concern the hospital will not meet it without a short stay unit or an assessment and planning unit.

He said last week he was pleased registered nurses in the department had added their support to his recently published views and those of Dr Tim Kerruish, who led the project to introduce "lean thinking" methods in 2008.

A letter signed by 40 ED nurses and two doctors, sent to the Otago Daily Times, said the department had made many changes to improve the patient's journey, but it was now a challenge for the rest of the hospital to make further gains to improve timely admission for acute patients.

The group stated it strongly supported the implementation of an assessment and planning unit and a short stay unit, where patients could be observed if their stay was longer than the six-hour target.

Dr Chambers said the nurses' letter reflected the fact staff were "rather impatient to see that transformed into action".

He acknowledged there had been a temporary increase in nursing allocation for the department, something which followed concerns raised by nurses.

A five-yearly review of the department has recently been carried out by a Counties Manukau District Health Board assessor, and Dr Chambers said he was keen to see what it said.