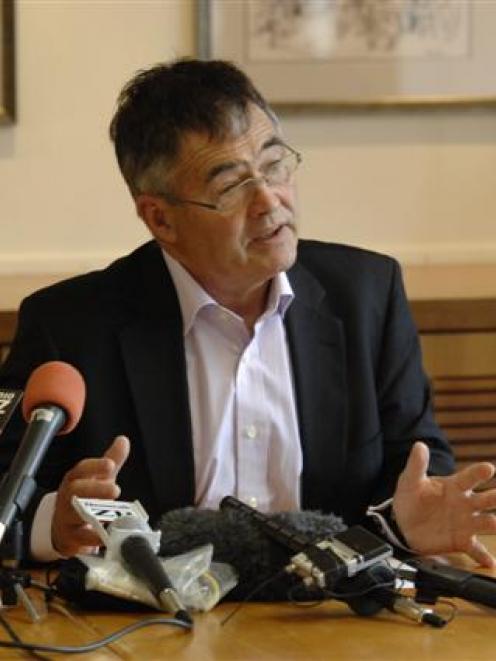 Dave Cull.
Dunedin may not being facing a huge blowout in the cost of the Forsyth Barr Stadium, but it is possible people or organisations may be "brought to account" following an investigation.

It emerged on Friday questions remained about the final cost of the stadium - six months after the facility was built.

The council was forced to spend $55,000 to bring in a team of independent reviewers from Auckland to deal with the issue.

Dunedin Mayor Dave Cull yesterday confirmed what the Otago Daily Times has heard from various sources - that in the context of the cost of the project, the extra cost was not high.

On Friday, Mr Cull said the amount under contention might be "in the millions", but "not in the tens of millions".

The latest cost of the project before the review, updated on Friday from the council, was $203.6 million - $198.1 million for the project, and $5.5 million of "extras" added last year.

Mr Cull was circumspect when asked if the "on time and on budget" claims were no longer accurate, though he responded: "You would have to say, looking in the broadest sense; yes."

"It's not ideal," he said when asked for his personal reaction to the situation.

Yesterday, when it was suggested the quantum of the blowout was less important than than the process of its discovery, he said: "You make a good point."

On Friday, he said: "What, who, how, when and why" were the questions that needed to be asked.

Yesterday, he said those questions were not necessarily about just one matter.

In terms of "who", he said if something "untoward" was found, "there will be accountability issues".

The "when" was another issue, as the stadium was finished six months ago, and final accounts should have come in, at the latest, four months ago.

He was "not happy" the council had to spend money on an independent review to find out things that should have been made clear by normal processes.

"At the moment we are not looking at the potential of a massive blowout.

"We are looking at all those questions that should have been able to be answered," he said.