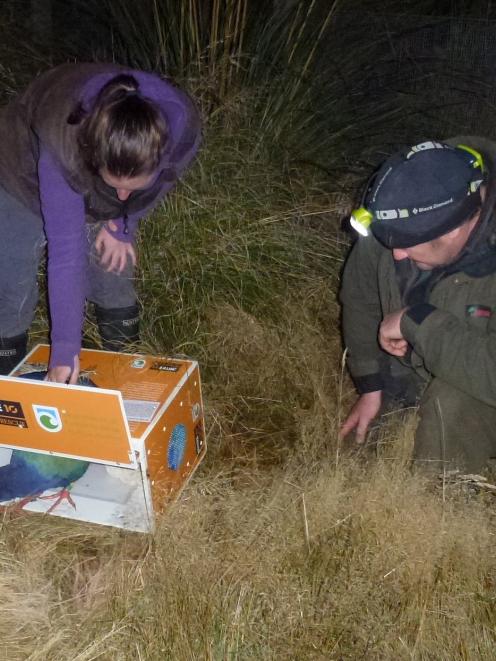 Quammen has been alone since the other male he was released with, Te Hoiere, died of septicemia last November.

The new bird, Paku (8), was flown to Dunedin from Kapiti Island yesterday and introduced to Quammen in the takahe pen.

Ecosanctuary general manager Chris Baillie said a barrier had been put between the pair to enable them to get used to each other for a day or two.

''If things are looking good and they are showing interest and calling softly to each other, then they will be trialled in the pen together.''

The birds would be observed to ensure there were no signs of aggression.

''Once they have settled in together, they will be kept in the enclosure for a while - a great opportunity for the public to view them.''

It was hoped the two birds would eventually settle into the top area of the ecosanctuary, where they would be more visible to visitors and fulfil their role for advocacy and education.