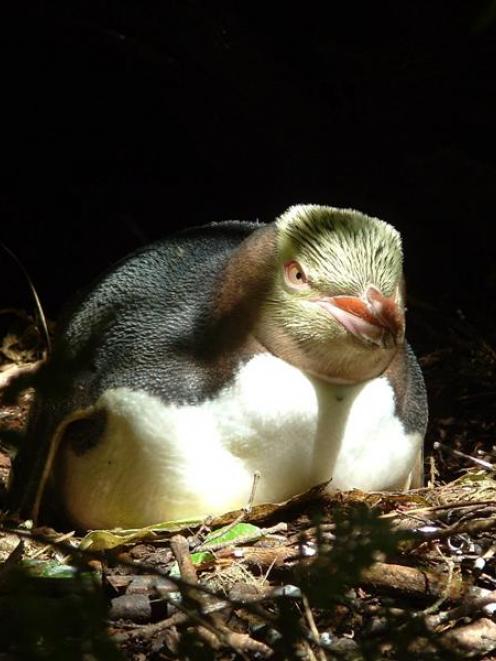 The breeding season for the endangered penguin along Otago's coast is under way with 445 nests counted - 25% fewer than last season's "bumper" year, Department of Conservation ranger Mel Young said.

A "few chicks" had died, for varying reasons, but nothing as concerning as last year's deaths due to the skull deformities and starvation, she said.

She and Yellow-eyed Penguin Trust staff had taken a close look at the Okia nests and had not found any deformities, she said.

Doc staff and volunteers would monitor about 380 of the Otago nests until the chicks fledged in February-March.

"Most nests have two healthy-looking chicks.

"It's looking very positive, so we hope all the chicks will survive through to pre-fledging," Ms Young said.

Sandfly Bay, which Doc had been monitoring closely to try and minimise the affects of visitors on the penguins, had eight nests compared to 15 last year.

"It's a bit disappointing but there have been some first-time breeders join the ranks, which is positive," Ms Young said.

The programme of volunteers guiding visitors to the beach and encouraging them to use the viewing hide during summer would continue.

Boulder Beach on Otago Peninsula would be closed today through to February 28, for the fourth year, to protect the important breeding area on it from human interference.

Without human interference chicks were able to gain more weight which gave them a better chance at fledging and long-term survival, she said.

Before Christmas, the nests would be visited again and at some sites the penguins would be banded or microchipped so scientists could track their movements.

Their weights and sizes would also be measured.

If members of the public saw a penguin on a beach where they were not seen usually, they should contact Doc, Ms Young said.