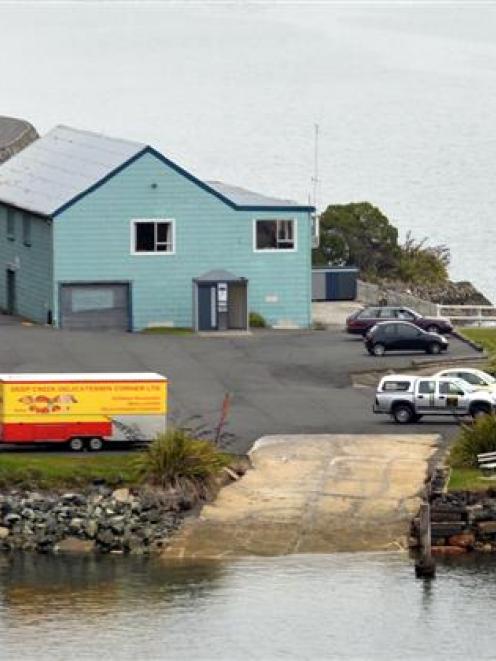 Vauxhall Yacht Club commodore Peter Sutherland said while freedom campers had used the site ''from time to time'' in the past, he had noticed an increase since the council took a tougher stance on enforcing the rules at Macandrew Bay earlier this year.

Up to five non-self-contained vehicles are allowed to park overnight at designated areas in Macandrew Bay, Ocean View and Warrington.

In response to Macandrew Bay residents' concerns about campers' behaviour, the council erected more signs at Macandrew Bay's site last month and security patrols were visiting four times a week to give campers information brochures and move them if allocated spaces were full.

Mr Sutherland said the moves might have contributed to an increase in campers using the yacht club's car park.

One or two vans did not cause a problem. However, up to six had been staying some nights in the club's car park, which had created parking problems for club members, he said.

The public toilets and rubbish bins seemed to be coping with the increase in campers and there had been no security issues, but he ''wouldn't like to see too many more'' using the car park.

''I wouldn't like to see it as a designated site,'' Mr Sutherland said.

Dunedin city councillor and Vauxhall resident John Bezett said the problem would get worse as Portobello Rd got busier.

''There's 4000-5000 people who use Portobello Rd every day. It's dramatically increased over the past few years ... and the fact is it's going to get worse,'' he said.

He did not ''personally see campers as an issue'' but he believed Dunedin needed a permanent solution that worked for the city's residents and campers.

''The answer is not Macandrew Bay and it's not Vauxhall Yacht Club. It's the wrong spot, but it's the right idea,'' he said.

''We should be looking at other sites, [which are] Doc-style, time-allocated freedom camping parks.''

A long-term solution needed to be instigated ''sooner rather than later'', he said.

Council acting reserves and recreation planning team leader Paula Dickel said there had not been an ''upsurge in complaints'' from Vauxhall residents since the council clamped down at Macandrew Bay.

However, the Vauxhall Yacht Club could contact the council and arrange for some sort of parking solution during event times.

Vauxhall resident Mike Coburn said he had seen freedom campers at the car park but had not ''noticed a significant increase''.

He had no problems with the campers, although the rubbish bins were occasionally overflowing.

''But, generally speaking, they are tidy people.''

Freedom campers were good for the area as long as amenities were emptied and resourced to cope with them, he said.

Ms Dickel said the council would begin looking at alternative sites for freedom campers on the Otago Peninsula after the concerns about Macandrew Bay were raised, and residents would have an opportunity to give their thoughts on prospective sites.

Council staff would explore alternatives and report to the council at a meeting on June 3.