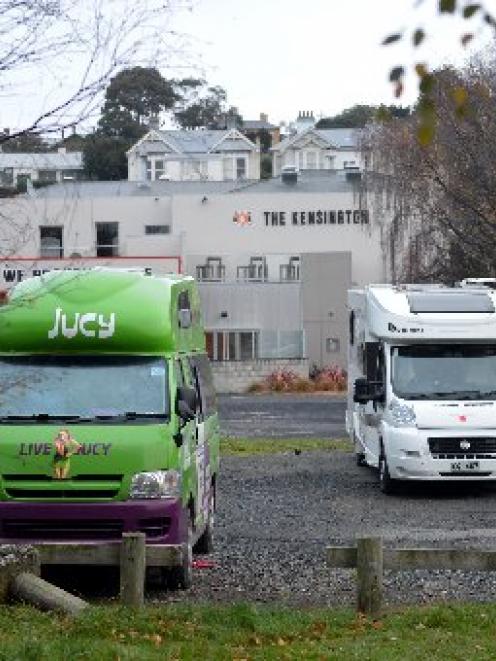 Campervans parked in Ardmore Dr near the Kensington Tavern. PHOTO: STEPHEN JAQUIERY
Dunedin's image is being tarnished by the messy area in the central city where campervans congregate, a councillor and community board deputy chairman say.

The area was untidy and had no toilet facilities.

''We want to bring visitors to our city. We want them to enjoy the best of Dunedin and what we have to offer but surely we can do better than having them parking in a horrible car park and toileting in the bushes.''

The mess in the area should not be solely be blamed on the campers but he feared they would be associated with it, he said.

''One morning it was so full there were campers parked on Princes St.''

Campervans should be banned from the area because it had become untidy and was near sports fields.

The freedom camping bylaw was under review and the council would investigate whether the area was a suitable place to camp.

The council contracted security guards to patrol the area to ensure no offences were being committed under the Freedom Camping Act, such as public defecation.

The council had no plans to build a toilet facility in the area but it would be considered if public submissions revealed it was wanted, he said.

If the draft bylaw was approved, the public would be consulted and could make submissions, he said.