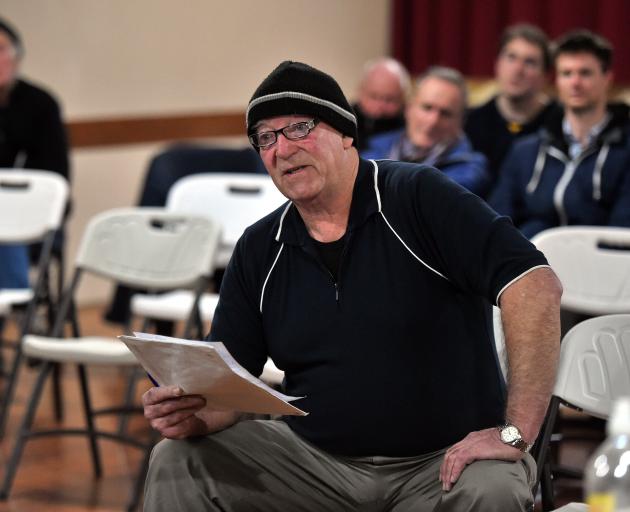 The board heard from residents angry at the number of freedom campers who arrived at Warrington Domain last season, but also from some who welcomed them and the ''vibrancy'' they brought.

A meeting of the board last night in Karitane also heard from a council staff member about work planned to upgrade facilities at Warrington, and to search for other sites for freedom campers.

A petition from Warrington resident Rhys Owen, signed by almost 250 people and calling for an end to non-self-contained freedom camping at Warrington Domain, was presented to the Dunedin City Council in June.

The petition followed a summer during which thousands of freedom campers converged on Warrington Domain from February to April.

Residents complained of faeces and other waste left behind, and the domain being left a muddy bog.

The council referred the petition to the community board.

During a lengthy public forum last night, Mr Owen told the board the numbers last summer were unsustainable.

He said research showed the economic return from freedom campers was low compared with other tourists.

Resident Tim Locker said the influx of campers meant residents could not use the domain for recreational activities.

He said other places needed to be developed for freedom campers to ''spread the load''.

But Ken McHoull said campers brought vibrancy to the settlement and made it ''seem alive''.

He brought a petition with 130 signatures he said were from ''local people'', which he said differed from Mr Owen's petition which had signatures from ''all over the world''.

His petition called on the designation of the domain as a camping area to remain for New Zealanders and overseas visitors to stay for short periods.

It also asked for improved facilities and services for the domain, and for other areas to be considered for the freedom campers before summer.

Stu Holt said stories about campers had been exaggerated.

There were excessive numbers, but campers he met were well behaved, and added colour and vibrancy.

Staff were looking for other sites for campers, and were talking to the Department of Conservation about the issue.

Staff were also talking to those who ran apps that informed freedom campers where they could stay.

Board chairman Gerard Collings moved he and Cr Andrew Noone should work with staff and community groups to try to manage camper numbers for next season.

They would also explore the option of making camping available at the Waikouaiti sports ground, and continue to discuss the issue with the community.

While both were standing down at October elections, they would be endorsed to continue the work until November, or the inaugural meeting of the new board.

The motion passed by a majority vote.

Board member Geraldine Tait suggested that some people in Waikouaiti might not welcome the idea of freedom campers there.