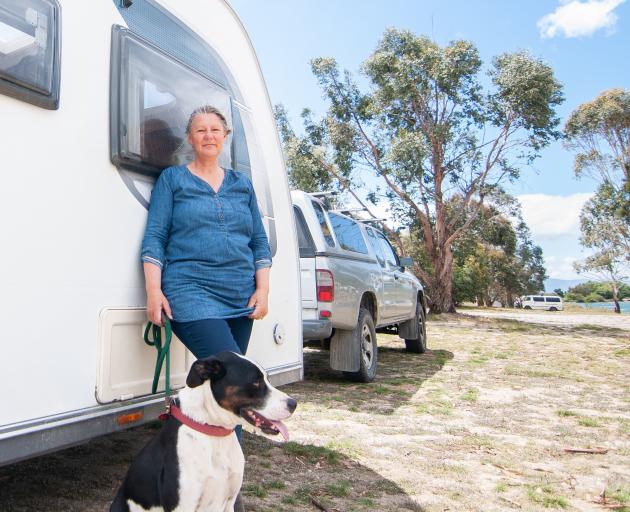 From mid-October to the end of November, more than 13,000 vehicles passed through the four popular sites, compared with 8800 vehicles in the same period last year.

Not all site visitors were campers — the vehicle counts include people stopping for a rest, photo opportunity or recreation.

Linz head of Crown property Sonya Wikitera said she expected the sites to become even busier in coming weeks.

"It’s great see people again making the most of these spots this season," she said.

"We ask people using our sites [to] please be considerate and tidy Kiwis, to ensure an enjoyable experience for everyone."

Aucklander Anna Ferguson, her husband and their dog were staying at the Lowburn camping site when the Otago Daily Times visited.

The trio arrived in the South Island in July and after finding themselves locked out of their home city because of Covid, chose to make the most of the opportunity to explore.

The Lake Dunstan sites provided much of what they looked for in a place to park their caravan as it had good toilets and rubbish bins, she said.

The sites allowed the opportunity to explore areas they otherwise would have passed by.

"It’s nice to take the back roads and seeing our country in a real intimate detail — I used to be involved in tourism and now we go down the roads I used to whizz past."