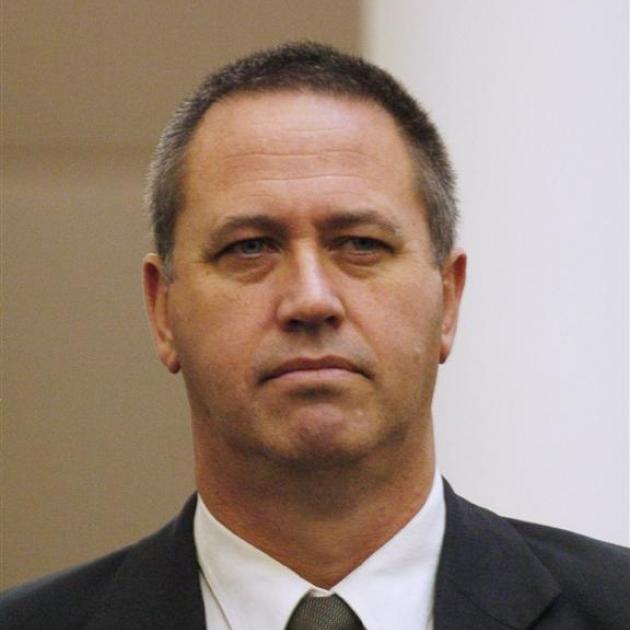 Michael Swann
When convicted fraudster Michael Swann was given a long prison sentence, allowance was made for his help in recovering property bought with proceeds of his $16.9 million fraud against his former employer, the Otago District Health Board.

But on the day Swann was sentenced - March 11 last year - police found a $150,000 boat which had been hidden in a farm shed at Haast, about the time of Swann's trial a few months earlier.

Rinker Captiva was being towed at Hawea by a man who said an associate of Swann had offered him $250 to collect the boat from Haast and bring it back to Dunedin.

She cited various examples of Swann, rather than helping authorities find proceeds of the offending, actively trying to conceal them.

The most recent was last month, when police found a 1998 Mercedes Benz, previously unknown in the inquiry, hidden at the address of one of Swann's associates.

In an affidavit dated March 28 this year, Swann had said, "I can definitely say that there is nothing by way of hidden or missing property".

Mrs Grills said it had been established Swann bought the vehicle from Armstrong Prestige for $19,200 in November 2008, just before his trial started.

Serious Fraud Office investigations, which brought Swann and co-offender Kerry Harford to trial, established Swann spent just under $8 million of his $15 million share of the proceeds on cars and boats, $3.7 million on real estate, a little over $1 million on food, liquor and household items, with $1.1 million being taken in cash.

His assets, as detailed in a High Court document, comprised 12 properties, 21 vehicles, five vessels and five containers of vehicle parts.

At yesterday's hearing, the Crown sought $15.116 million, less property valued at around $4.4 million which is to be forfeited, and minus already-resolved third-party claims.

Mrs Grills said that, in a 2007 affidavit in civil proceedings, Swann said a 1969 Mercedes Benz, valued by Turners at $35,000-$50,000, had been wrecked and sold for parts before a restraining order was made.

But on March 20 last year, nine days after Swann was sentenced to nine and a-half years' jail, the Mercedes was found, intact and in working order, at a Waitati property. It was subsequently seized and was now held by the Official Assignee.

Also located at the same Waitati property the same day was a 1970 E-Type Jaguar, valued at $50,000-$65,000. That vehicle had also been described in the same civil proceedings affidavit as having been "wrecked and sold for parts".

Other vehicles bought by Swann were registered in the names of other people, although they had never been in possession of those vehicles or received any documentation relating to them.

One man, who once helped Swann out with some computer problems at his work, told police he did not know a 2004 Land Cruiser had been registered in his name. The Land Cruiser was also recovered from Waitati.

It had been bought by Swann for $58,707 and paid for with a cheque from Computer South Ltd, a Swann-controlled company.

Justice Panckhurst reserved his decision in the Proceeds of Crime application but said he would be making a pecuniary penalty against Swann. He said he would deal with the case as soon as he could.

He suppressed, in the meantime, details of the resolution of an associated Relationship Property claim, but said he would deal with the question of further publicity when he issued his judgement.