Future of site unknown after sale 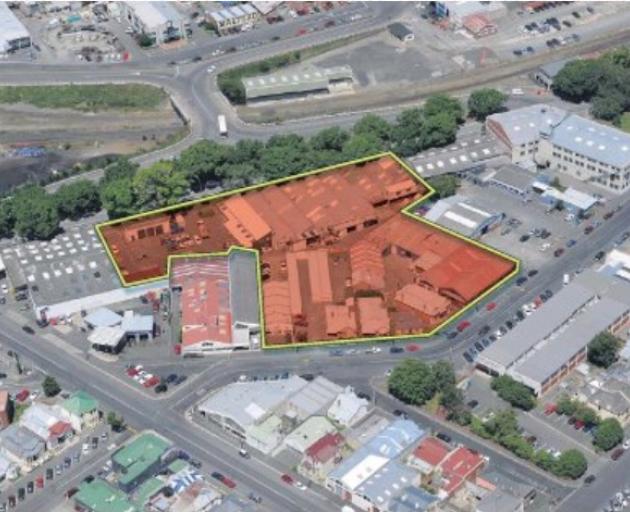 The new owners of an area in Anzac Ave have not yet come forward with their intentions. PHOTO: STEPHEN JAQUIERY
Mystery surrounds the future of a large Dunedin site containing a design firm, flats and warehouses.

The property in Anzac Ave and Harrow St changed hands on Monday after its owner reached an agreement to sell in June.

The site includes the 2100sqm building of design-and-build firm Miller Creative, leased until 2020.

It also contains a light industrial-use premises leased to Otago Polytechnic as a workshop, three student flats, a four-bedroom house, 30 storage units and a 250sqm warehouse.

It was investigated by the Otago Regional Council as a potential headquarters location, but the ORC was unsuccessful in securing the site.

Former owner Tony Johnston said he could not give any information about the new owners or their plans.

"We have a confidentiality agreement with the purchasers, so it is not for me to either name them or state their intentions."

They would make their plans known in time, he said.

Is there ANY site in Dunedin that the Otago Regional Council haven't inspected as a site for their gleaming new headquarters?!
I'd love to know how much this exercise has cost (and is going to cost) the Dunedin ratepayer. But it seems the ORC is a law unto itself, so that's unlikely to happen.....What's the usual excuse these days?...Oh right, 'commercial sensitivity'.

Dont worry, Regional councils are on their way out, The RMA is being revamped and we need every one to vote against Regional councils, they are a white elephant and are not wanted, to many layers of rules in this country, TIME TO CARRY OUT A CULL?