Games may be shown in 3D 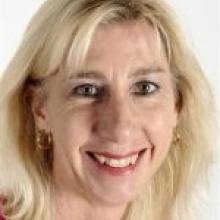 Ronel Schodt
A giant 3D screen may be erected at the new Forsyth Barr Stadium to show the final four games at this year's World Cup.

The screening is part of an initiative announced by cup bosses this week, which will see the semifinals, finals and bronze medal match broadcast in new 3D technology to cinemas and large arenas.

3DLive managing director Ronel Schodt said of the seven proposed large venues to host 3D broadcasts for the four games they were looking at, two were in Otago - one at Forsyth Barr Stadium and another at the Queenstown Events Centre.

But he was taking a cautious approach to the new technology, and nothing had been confirmed.

"It is a development that we know is growing therefore we are cautiously optimistic. But until we get something signed on the dotted line we can't say it will be here," Davies said.

All games at last year's Fifa World Cup in South Africa were screened in 3D to cinemas and arenas around the world.

There would be nine 3D cameras at Eden Park for the final four matches and Schodt said they were being filmed for 3D specifications.

She hoped the screen at the Forsyth Barr Stadium would be 18m x 10m and would be hanging off the roof, about 4m above the ground.

It would sit around the middle of the pitch, facing the south stand, with Schodt hoping to attract a crowd of from 10,000 to 12,000.

About $6 million had been spent on the 3D technology for the World Cup.