Genealogist one of NZ’s foremost due to huge effort

By John Gibb
0 Comments
Tributes flowed yesterday for leading Dunedin and New Zealand genealogist Eleanor Leckie, who has her own distinguished family tree.

She had made an "enormous contribution" to the study of family and local history in Otago by her "prodigious labours transcribing and indexing key historical records over more than three decades".

She also had a "prestigious personal whakapapa as far as Dunedin history goes", as a direct descendant of Rev Thomas Burns — the nephew of Scottish national poet Robert Burns — through his only son, Arthur Burns.

Rev Thomas Burns helped establish the Presbyterian Church in Otago-Southland, and helped found Otago Girls’ and Otago Boys’ High Schools, and to establish the University of Otago, also serving as its first chancellor. 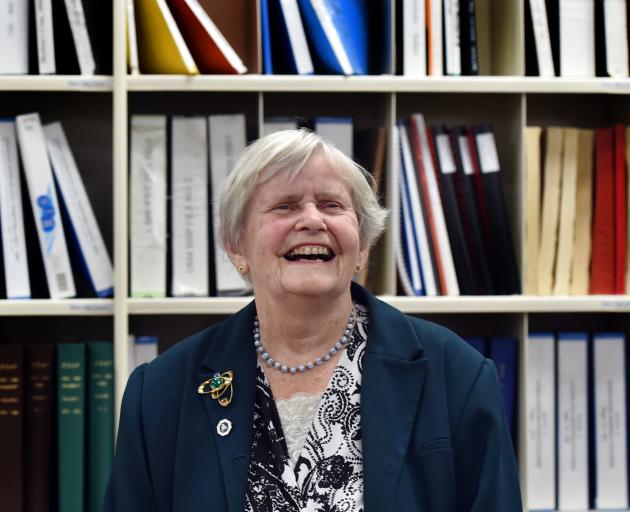 Mrs Leckie (82), whose extensive voluntary work has all been carried out behind the scenes, yesterday found herself in an unaccustomed role, as the centre of attention at a valedictory function held at the museum and organised by the Otago Settlers Association.

Her days of graveyard field work were over, but she intended to continue records-related work on her computer at home.

She has just stepped down after more than 30 years’ service on the association committee and Dunedin Mayor Aaron Hawkins provided a certificate of appreciation. Her years of community service were also acknowledged in a QSM in 1998.

"Eleanor is ... someone who gets on with the job to make things happen," Mr Brosnahan said.

"She is truly a pou tokomanawa ["central post of meeting house"] of historic research in this region."