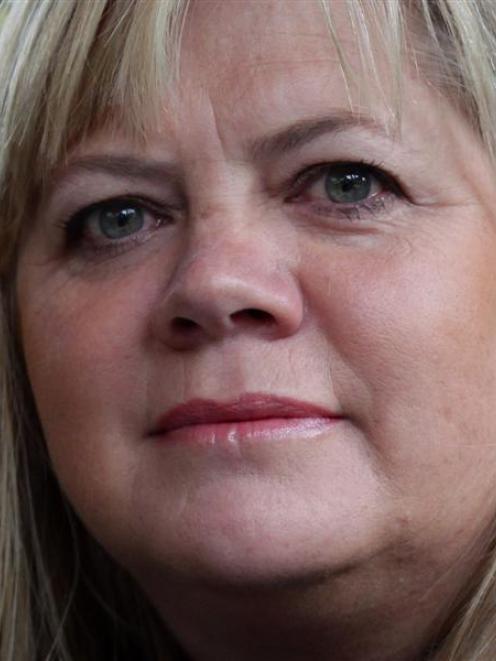 Carmel Berry.
Southern patients suffering complications from surgical mesh will be represented at Parliament's health select committee today in Wellington, where advocates will urge the Government to launch an independent inquiry.

Mesh Down Under founder Carmel Berry, of Auckland, told the Otago Daily Times this week the group had six Otago-Southland members.

Because of the sensitivity of the issue, none wanted to speak publicly.

The group is demanding action on harmful and painful long-term complications caused by surgical mesh used in a range of procedures, including hernia and pelvic organ repair.

Mrs Berry said its use in pelvic organ work appeared the most likely to cause complications, and New Zealand should follow Scotland's recent lead, and place a moratorium on its use in these procedures.

This was not to play down the ''tragedies'' that had occurred with mesh work in hernia procedures.

''We are delighted for our mesh sisters in Scotland. When we heard this news, we hoped that it would add urgency to our petition.

Like Scotland, we also know that in New Zealand there is a great disparity between adverse event reporting and the number of actual people suffering.

It is an important issue that we will highlight for the committee,'' Mrs Berry said.

There was no database or register of complication reports, and it was unknown how many patients had been harmed.

Mrs Berry's group had been lobbying the Government for up to two years, continually receiving ''fob-off letters'' that promised ongoing monitoring.

Mrs Berry was harmed by the mesh during a hysterectomy for uterine prolapse in 2004.

She has chronic pain and nerve damage. While part of the mesh had been subsequently removed, she had been told she risked serious damage to her bladder if an attempt was made to remove the rest.

Safety authority Medsafe did not appear to have an understanding of the situation, Mrs Berry said.

It had received only about 60 complaints or notifications of surgical mesh harm in total, and there was a ''huge gap'' between Medsafe figures and actual events.

The extent was unknown, but as an indication ACC figures show it issued 77 decisions on surgical mesh claim cases between July 1 last year and May 31.

Many of the harmed patients were older women, and some would suffer in silence, or not know what caused their complications, she said.

Medsafe group manager Dr Stewart Jessamine said the authority continued to monitor the safety of surgical mesh, and would make a submission to the committee today.

''Surgical mesh is used in both male and female patients for a range of conditions and, over the past five years, consideration of the risks and benefits of use of surgical mesh has been the subject of intense review by a number of regulatory and professional bodies.

''The conclusion reached by these reviews is that when used in accordance with the manufacturer's instructions, the benefits of use of surgical mesh (especially when compared to non-mesh surgical techniques) outweigh the risks.''

''All patients are appropriately consented when the consultant discusses potential complications of the surgery,'' he said.