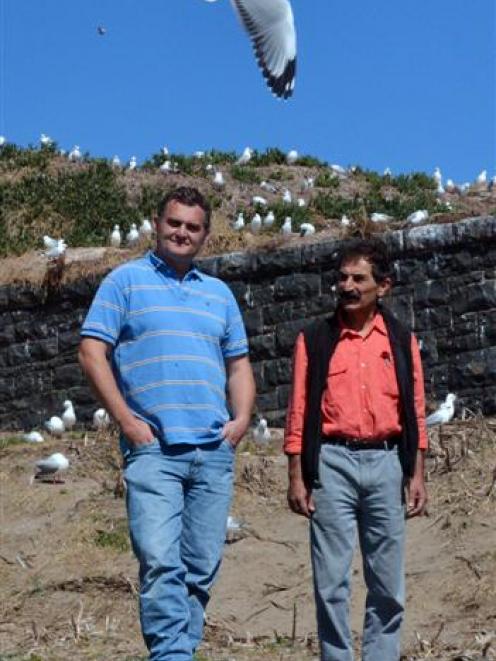 An annoying scavenger to many, the gull is classed as a nationally vulnerable species - on the same level as yellow-eyed penguins.

For many years, Lyndon Perriam, a ranger for the Department of Conservation at Taiaroa Head, has kept an eye on the gull colony at the headland, watching its gradual increase.

Now, a study he and marine science researcher Dr Chris Lalas have completed confirms his belief they are flourishing on the headland.

Published in New Zealand ornithological journal Notornis, the study was based on surveys of nests from Moeraki to Nugget Point.

Of the 26 breeding locations along the Otago coast, 16 were on the mainland and the other 10 were on coastal islets.

Mr Perriam said this year, for the first time on the headland, the gulls had ''hopped the fence'' and nested around the viewing area below the albatross colony. They normally concentrated their nesting next to the walkway up to the viewing area.

''It'll be the largest seabird colony you can get this close to - it's rare in New Zealand.''

The birds did not appear to mind the regular human visitors, leaving a margin between their nests and the walking tracks, he said.

The population's increase had been attributed to the predator control undertaken for the albatross colony, rat control around the gulls prior to 1999 and the easy access to food such as krill at sea.

''Size matters - a decent sized colony means they can protect themselves a whole lot better.''

The headland now provided ''a glimpse'' of what the mainland could have been like before introduced predators, he said.

A previous study attributed the decline in the other major gull colony, at Kaikoura, to a decline in the availability of prey linked to changes in oceanographic indicators.

Fluctuations in sea surface temperatures at Otago and Kaikoura might explain the trends in gull populations, with the population rising in Otago, but dropping in Kaikoura.

Dr Lalas and Mr Perriam recommended future conservation management at Taiaroa Head and at other key mainland breeding locations was necessary to ensure the viability of red-billed gulls in Otago.

''Future monitoring will help establish whether the recorded declines at the main colonies either reflect an actual overall decline in the New Zealand population or these declines are compensated by increases at Otago.

''Above all, we regard control of predators and people at important mainland locations as key to the viability of red-billed gulls at Otago.''