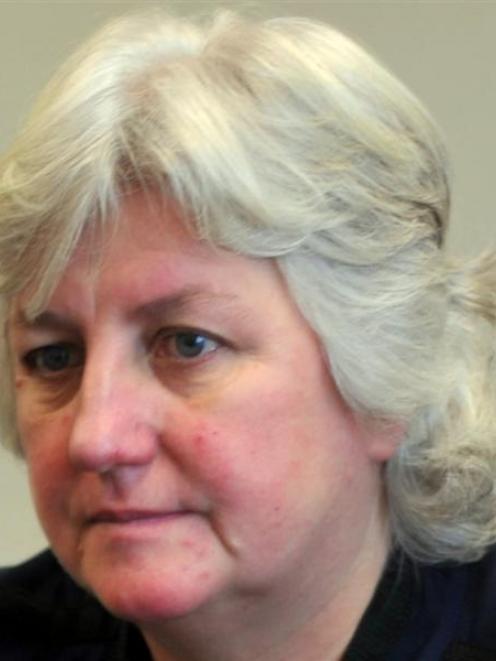 Carole Heatly
All Southern District Health Board staff have been sent a report showing the organisation's progress in saving more than $15 million in health services.

The spreadsheet includes dollar amounts pruned from various areas as well as efforts to maximise revenue.

It includes a pre-signalled cut of 50 beds starting this week, and reveals staff cafes are targeted to return more profits.

The board needs to trim $15.6 million in order to meet a $9 million deficit.

Asked if prices were increased on staff cafe food, chief executive Carole Heatly said through a spokesman they had not increased for at least five years, and after a review were put in line with those of ''nearby businesses''.

The data was also released to the Otago Daily Times in response to an Official Information Act request. It shows the first-quarter savings had not met the quarterly target, although the project to increase ''cafe profitability'' exceeded expectation.

Ms Heatly said she was confident of saving the $15.6 million. In an email to staff accompanying the spreadsheet this week, she said they were likely to know about the ''seasonal bed changes'', but might not know of the other projects. She was holding staff forums in Dunedin, Invercargill and Queenstown to emphasise the need to work ''more efficiently''.

''If we can live within our means, we can look at investing in new clinical services and facilities. It is important that people are treated in the community where possible, and that our beds are used for those people who really need them.

''This is an exciting time and we have a [real] opportunity, to build on what we have, to ensure there is a true 21st-century health system in the Southern district.''

Earlier this month, new board member Dr John Chambers, a Dunedin Hospital specialist, told the ODT the outgoing board was leaving a sad legacy of cost cutting. The New Zealand Resident Doctors Association has warned the bed cuts pose a clinical risk.