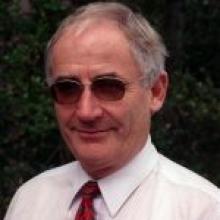 Murray Clarke
Ninety-nine crashes. That is the toll that has been exacted on motorists using the Caversham highway at the southern entrance to Dunedin during the past five years.

Crash statistics for the stretch of State Highway 1, from Lookout Point to Andersons Bay Rd, will be the focus of attention over the next two months as local roading authorities decide which part of a $50 million upgrade gets first priority.

Figures released by the New Zealand Transport Agency this week show that on the highway there have been two fatalities, nine serious crashes, 41 minor crashes and 47 non-injury crashes from 2004 to 2008.

An agency document notes the highway has a "high percentage" of injury crashes - 49% - or 36% on the rural section and 51% on the urban section.

The equivalent national figures are 35% and 26%.

Agency acting regional director Murray Clarke said yesterday the highway had a high ratio of crashes per kilometre when compared with others around the country.

But, using another calculation, the number of serious and fatal crashes per 100 million vehicle kilometres travelled, the crash rate was low.

More dangerous roads with less traffic, like the Milford road, featured high on that scale.

The cost of dealing with the Caversham highway's most dangerous stretch - from Lookout Point to the Barnes Dr intersection - would be $34 million, while widening the two-lane section from Barnes Dr to Andersons Bay Rd to four lanes, to make the highway more efficient, would cost $16 million.

The safety issues are part of stage one of the upgrade proposed in the regional land transport programme, but it has been suggested by some roading authorities that the "four-laning" could be done first.

The Otago Regional Transport Committee is seeking public submissions on the $530 million programme but has received only five so far.

Committee chairman Stephen Woodhead said yesterday he had hoped for "a much broader set of views" from the community.

Submissions close on Friday, May 1.

The two fatal accidents on the Caversham highway in the past five years occurred at the two intersections.

While comparisons with other parts of the country were not available, the Barnes Dr intersection was second and Lookout Point fourth on a list of Dunedin and Mosgiel intersections with high numbers of crashes.

Top of the list was the Crawford St-Police St intersection, though accidents there were less serious.

Rear-end crashes were the most common along the Caversham highway (27 in five years), followed by cornering (13), right turn against traffic (11) and overtaking/lane changing (9).

The agency considered the wide variety of crashes was a result of the "multiple functions the highway is required to perform".

This was especially so on the Caversham Hill between the Barnes Dr and Lookout Point intersections.

This stretch of highway was the predominant location for overtaking/lane changing crashes where heavy vehicles were severely affected by the steep grade, resulting in lighter vehicles "lane hopping due to frustration".