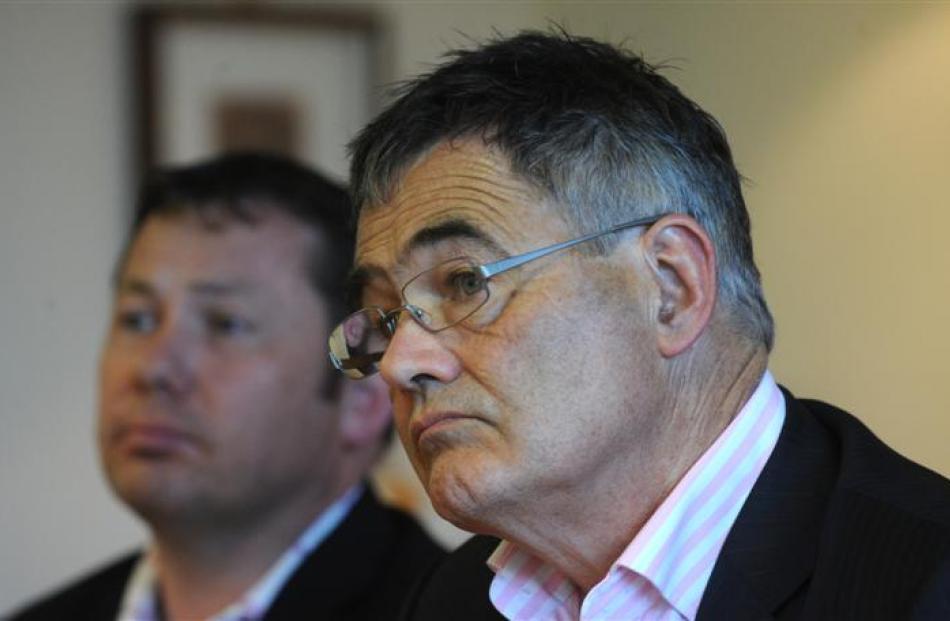 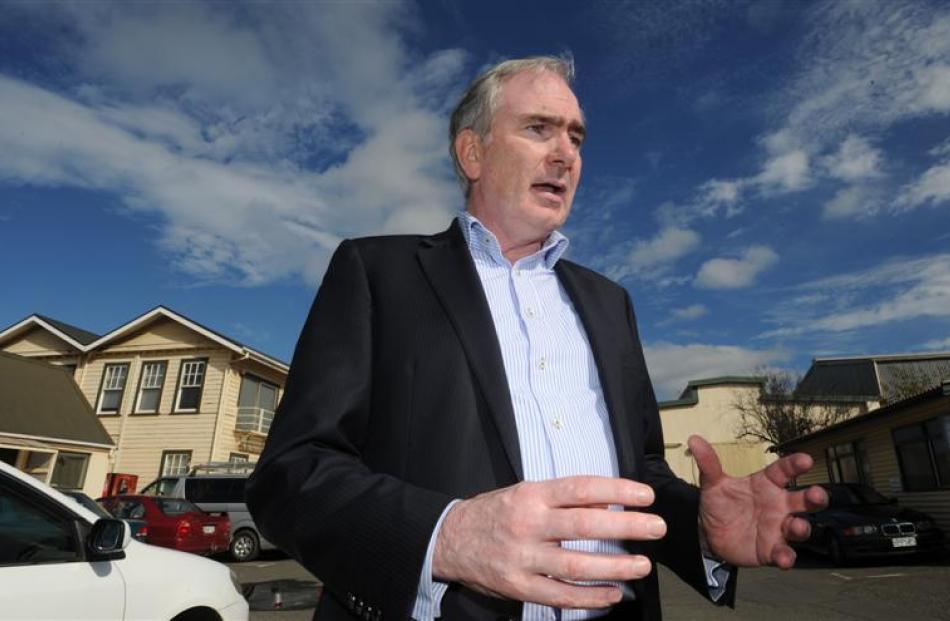 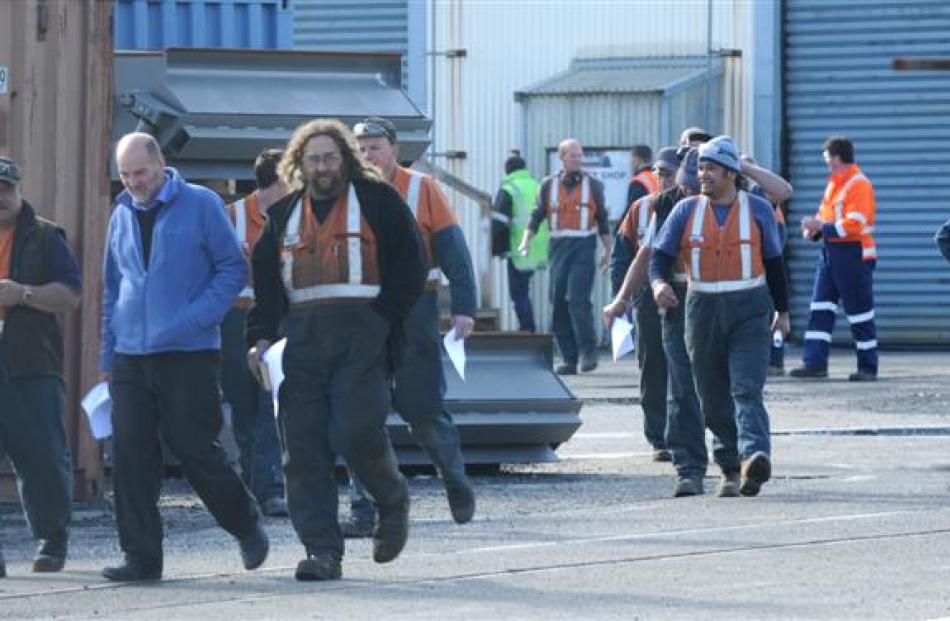 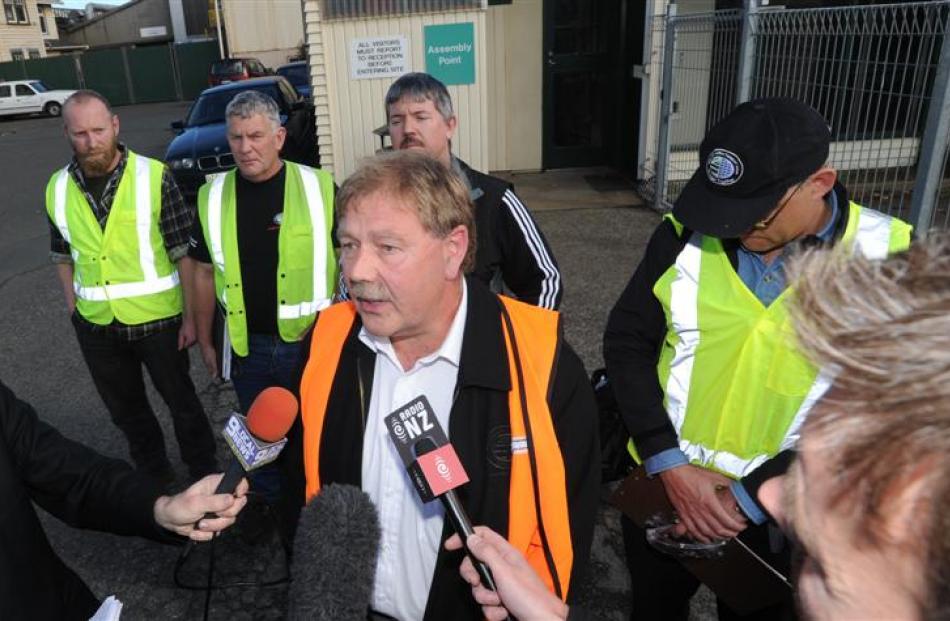 Despite KiwiRail seeking expressions of interest for the sale of Dunedin's Hillside Engineering, the city's business community and the Rail and Maritime Transport Union are confident Hillside can survive.

KiwiRail chief executive Jim Quinn met the 123 Hillside workshops staff yesterday to announce the business would be advertised for sale as a going concern from early May, with a final decision due by the end of August.

While Hillside Engineering staff said they were initially shocked by the announcement, they were surprisingly upbeat about the situation.

RMTU general secretary Wayne Butson said Hillside made too important a contribution to the Dunedin economy and workforce to be closed, and the union would work proactively with prospective buyers to ensure a smooth transition, including the retention of its highly-skilled staff.

"Our union has been in this situation before, with Tranz Rail and Toll, and have a track record of working with new buyers of rail assets.

"Hillside should be a strong, vibrant centre of engineering excellence. Hillside has a cohesive, motivated workforce and we look forward to working with an owner with the determination and vision to make it succeed.

"The tax-paying public, the local business community and workforce have the most to gain if Hillside flourishes and these green-collar jobs and skills remain in South Dunedin," Mr Butson said.

"If we can get someone who can bring in existing contracts, a workload, innovation, a bit of money and some determination, I have no doubt whatsoever that Hillside will survive."

Taieri Gorge Railway chief executive Murray Bond believed there was a market in Dunedin for a privately-owned railway engineering firm.

Dunedin had a century-long history of businesses with excellent mechanical engineering workshops, he said.

"I think Hillside could fit in very well with an existing engineering firm who wants to expand.

"This could be the business move which makes the railway industry more efficient."

"Selling Hillside frees it from the shackles of making only rail stock, and allows it to pursue other engineering opportunities.

"I wouldn't be surprised if there was already interest in the company locally, nationally and internationally.

"We could very well see an injection of capital and opportunity for business in Dunedin if this goes ahead."

Farra Engineering chief executive John Whitaker said it was possible for a Dunedin engineering company to expand into, or take over Hillside, but only if KiwiRail supported the newcomer by giving it work.

"It would be difficult to run without contracts from KiwiRail."

Dunedin Mayor Dave Cull was relieved KiwiRail had brought the situation to a head while Hillside was still a viable business.

"They could have cut 10 staff here, 10 staff there, until it became unviable.

"The ideal solution isn't always available. This is the best one for the future of the city."

The council would join the RMTU and the Otago Chamber of Commerce in doing whatever they could to "facilitate the sale of the business".

Mr Quinn said the decision to sell was made after analysing the financial impact of the reduction in construction and refurbishment forward work orders for Hillside.

While the sale terms were negotiable, the preferred outcome was for it to be bought as a going concern.

"We are looking for a sale outcome that secures Hillside's future as New Zealand's largest heavy engineering site," he said.

"If this type of sale eventuates, we will then continue to allocate some heavy maintenance work on commercial terms to the new owners of the facility.

"We think this is an ideal opportunity for a business with more industrial commercial engineering experience and a wider customer base to take the site over."

Mr Quinn said it was something KiwiRail had struggled to do.

"[The new owner] can target these customers with more product scope than we could."

He said KiwiRail had not yet put a value on Hillside, and several Dunedin realtors contacted by the Otago Daily Times yesterday declined to estimate a value.

Dunedin National List MP Michael Woodhouse said the decision was made solely by KiwiRail with no involvement or influence by the Government.

The sale and future success of Hillside would largely depend on the reactions of the unions and Dunedin residents, and the support they choose to give to potential new owners, he said.

Hillside's capabilities involved heavy engineering work, so it made sense a specialist engineering business take the site over and widen the scope and manufacturing ability of the complex, he said.

Despite his confidence the workshops could survive, Mr Butson was angry about the decision.

He said it would never have been necessary if the Government had a focus on keeping New Zealanders in jobs.

The sale followed KiwiRail's decision to not bid for the $500 million contract for Auckland's new trains, and a decision to contract 500 flat top wagons offshore.

It was resoundingly rejected by Dunedin workers, business leaders, the city council and others as taking a very short-sighted view of procurement, he said.

"These moves led to 44 Dunedin workers at Hillside losing their jobs.

"If Government procurement settings do not support local industry, then we simply won't keep good manufacturing jobs in New Zealand.

"This Government is sitting on its hands, while one of KiwiRail's most significant assets is privatised."

Dunedin South Labour MP Clare Curran and Green Party co-leader, list MP Metiria Turei, believed the decision to privatise Hillside had been made by KiwiRail in consultation with the Government, and was the final in a series of moves which undermined the ability of the workshops to operate effectively.

"National talks of prioritising jobs where costly convention centres in Auckland are at stake, but highly-skilled railway workers in Dunedin have never been courted in the same way," Ms Curran said.

She doubted a buyer existed for Hillside, and believed it should instead be developed into a "world-class" engineering and training facility.

She urged parties opposed to any sale to come together and protest the move to the Government, and believed the Government should step in to save the workshop and protect others connected to it that formed Dunedin's manufacturing "backbone".

Both believed the decision would affect more than 130 jobs, and many Dunedin engineering businesses clustered around Hillside.

"Unfortunately, National insisted that KiwiRail only consider its narrow commercial interests and ignore the wider impacts of its decision," Mrs Turei said.

"If the Government had taken a more proactive approach, there would be plenty of work at Hillside and New Zealand would be a wealthier country."