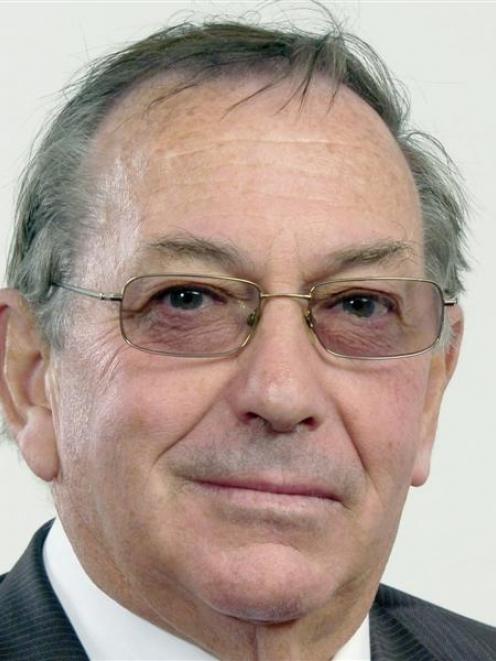 Colin Weatherall
The company promoting a $100 million waterfront hotel in Dunedin says it will not meet a deadline for additional information requested by the Dunedin City Council's hearings committee.

However, the resource consent hearing that will decide the project's fate is expected to resume in March, with or without all the material requested, hearings committee chairman Cr Colin Weatherall said yesterday.

It was confirmed last month Cr Weatherall had requested further information from Betterways Advisory Ltd, and planned to invite submitters to have another say on the new material, before the hotel's resource consent hearing resumed in March.

The committee wanted an assessment of environmental affects covering construction and wind disturbance arising from the hotel, a report from a recognised landscape expert, and more computer-generated images showing the hotel's appearance from around the city.

Betterways was also asked to find a way to physically demonstrate the hotel's height on site, in a way that was visible from across the harbour, perhaps by using a tethered balloon.

The company had until Friday to respond to the request, before submitters were invited to comment again.

However, Betterways director Steve Rodgers said yesterday the company would not be able to provide the information by the end of the week.

''We're still working our way through that. We haven't got an answer for them.''

Cr Weatherall said, when contacted, the hearing would resume in March, with or without the information.

He had heard from Betterways, and expected to receive a formal response from them by Friday, but could not say whether all the information requested would be provided.

''That's really their call. They can go from providing all that we ask for, or providing us nothing and telling us just to get on with it. That's their right to do so.''

He expected some information to be provided on all matters, but ''whether it's as detailed as we want is another question''.

''I know ... one or two of them [information requests] are a little bit harder to provide detail to than the others.

''They may give us some broad-brushed approach, and give us more detail as they get closer to the hearing.''

Once the information was received, submitters would have until March 1 to make further submissions on the additional material.

The hearing was scheduled to resume on March 18.