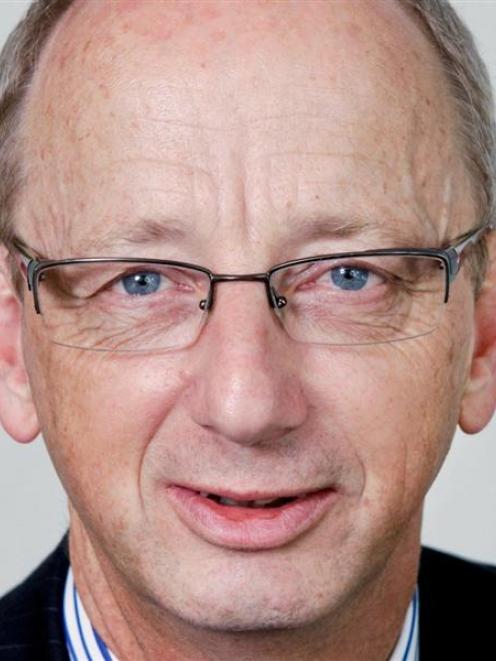 Tony Avery.
A report that could offer a solution to traffic issues standing in the way of Dunedin's waterfront hotel is close to completion, Dunedin City Council staff say.

The Otago Daily Times sought a progress report yesterday, nearly a month after the council and Betterways Advisory Ltd announced a memorandum of understanding on March 10 to try to progress the hotel project.

The two sides were to focus initially on trying to resolve traffic issues posed by a hotel at 41 Wharf St, before considering other issues, including the hotel's size and appearance.

Council infrastructure and networks general manager Tony Avery said traffic work was continuing, but a report detailing the findings was expected ''in the next week or two''.

The council and Betterways had each commissioned a consultant traffic engineer to help their work and a report on any solutions, he said.

The parties had met for a full-day workshop on March 17, and had continued to talk in emails and telephone conference calls since then, Mr Avery said.

The issues to be addressed included vehicles entering and leaving the hotel and what impact that would have on the surrounding road network, he said.

Options to address each of the issues identified were being canvassed.

It was too soon to discuss them publicly, but that would happen in time, Mr Avery said.

''We're not going to go through what each of those are ... until we've worked that through with Betterways. We need to be able to have those discussions.

''We're not going to talk about that sort of detail until we've actually sat down, looked at the report, understood it, and then had a discussion with Betterways.''

The report would include a recommended traffic solution, but the council and Betterways would then each have to decide whether it was acceptable, he said.

If it was, the parties would then move on to agreeing the members of an urban design panel to consider the hotel's height, appearance and other issues, to see if a compromise on those issues could be reached.

However, Mr Avery said he was not aware of any discussions with potential panel candidates yet, and could not say when they would be confirmed.

That work was ''pending'' until the results of work on traffic issues was known, he said.

Council chief executive Dr Sue Bidrose last month said the panel was expected to make a final recommendation to both sides by the end of the year.

If it was deemed acceptable, the council would then initiate a plan change to rezone the land, potentially making it easier for a hotel to be built.

Betterways director Jing Song did not respond to an Otago Daily Times request for comment yesterday, while director Steve Rodgers said there was ''nothing to report yet''.

Dunedin Mayor Dave Cull said he was not being updated by council staff, and was ''just waiting for the end result, really''.

''When they've got something to report, they will make it known to me.

''Given that I don't have any expertise in that, I don't see that there's much point in getting involved.''