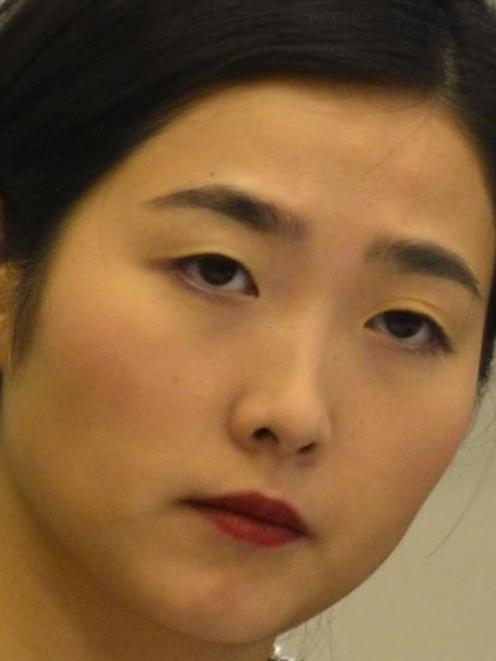 Jing Song.
Plans for a $100 million waterfront hotel in Dunedin have been scrapped and the developers' partnership with the Dunedin City Council has descended into acrimony.

Hotel developer Jing Song yesterday confirmed she had torn up a memorandum of understanding with the council, signed just last month, which had aimed to find ways to progress the project.

Ms Song's move came after she gave the council until 4pm yesterday to hand over a report outlining options to address traffic problems at the hotel site.

The report - being prepared by traffic engineering consultants from both sides - was due on March 21, but was yet to be completed.

By 4.35pm yesterday, after the report had not arrived, Ms Song advised the council the agreement was ''terminated'' and, with it, the hotel project.

Ms Song told the Otago Daily Times she was ''speechless'' at the outcome, after three years' work, and accused the council of not honouring the agreement.

''We are now extremely disappointed and sad. The actions tell all. They didn't take it seriously,'' she said.

However, Dunedin Mayor Dave Cull rejected the claim last night and hit back, suggesting Ms Song was using ''a pretext'' to escape the agreement.

Mr Cull said the council had responded ''with alacrity'' to several requests from Ms Song's company, Betterways, in recent weeks.

Instead, he believed Ms Song had concluded, as others had earlier, traffic problems at the site were ''insurmountable''.

''The council has made every effort to fulfil the agreement that we made,'' he said.

''I'm not sure where he's getting this idea from, and I don't think he's telling the truth,'' she replied.

The tit-for-tat accusations came just a month after Mr Cull and a beaming Betterways Advisory Ltd director Steve Rodgers announced, at a packed media conference, the two parties' agreement to work together.

The ''partnership'' initially required each side to employ a consultant traffic engineer to work together to address complex traffic issues posed by a 27-storey hotel at 41 Wharf St.

The agreement stated the council would ''facilitate'' the work, and set a March 21 deadline that was not made public at the time.

Ms Song said she gave the council ''a few days'', after work began later than expected, but repeated requests for the report after the deadline passed had been frustrated.

The council had responded to questions from Betterways with updates, but not the completed report, while giving new dates to finish it that had also slipped, she said.

That happened most recently last week, when Betterways was told to expect the report by last Friday, which did not happen, she said.

''There wasn't even an email to say 'sorry, we couldn't meet the deadline'.''

Council infrastructure and services general manager Tony Avery emailed back about 1.25pm, explaining the delays, including an update from a consultant, and promising more information soon.

That had failed to eventuate by the time Ms Song emailed again, to say the agreement was terminated, at 4.35pm.

Mr Cull told the ODT he regretted the partnership had ''come to an end in an untidy way'', as he and the council had also put a ''huge amount'' of effort into trying to advance the hotel.

The council did not control the work being carried out by the two sides' consultants, and was not responsible for keeping Betterways informed, he said.

However, the council had been updated by its consultant as work progressed, and assumed Betterways was receiving similar updates from its consultant - something Ms Song denied last night.

Mr Cull said Betterways had also been ''well aware'' the consultants' work had started later than expected, making the March 21 deadline unworkable, but further delays showed only how complex the traffic problems were.

''That has amounted to us jointly putting people in and, when they couldn't come to an agreement, one side pointing the finger at the other and saying 'it's all your fault'. That's what it amounts to.''

Despite that, the council had responded to Betterways' queries, and Mr Cull had no doubt staff had acted in good faith.

''The council treated these developers with care and understanding that's never been extended to any potential developer before. They got the best treatment they could have got - I have got no doubt about that.''

Ms Song, asked if she felt the partnership had been genuine, said Betterways had been ''totally committed''.

She would not be drawn on the cost of three years' work, having previously said the bill stood at more than $1 million.

She was also not able to say yet what would happen to the company's Environment Court appeal, lodged - but later placed on hold - after resource consent for the original 27-storey hotel was rejected in June last year.

''I think we've probably thrown all our eggs in one basket by trusting the council so much,'' she said.

Steve Rodgers, the Dunedin lawyer who fronted much of the project, said he was ''very upset'' by the result, which was not of Betterways' making.