'A huge weight off my shoulders': Bain 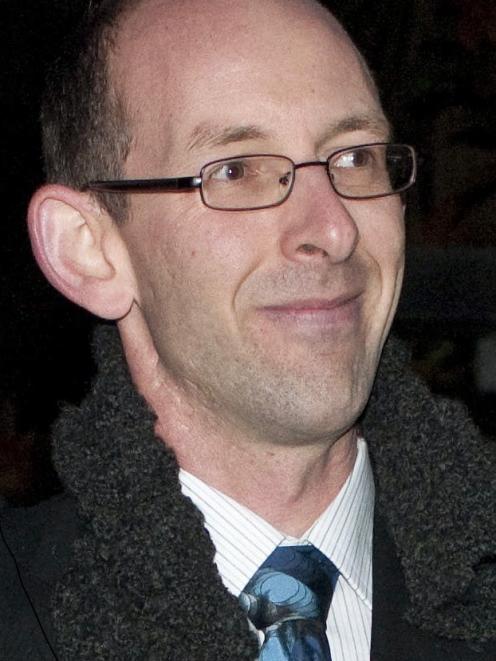 David Bain.
David Bain has waited 15 years but today victory wasn't a long time coming -- it took the jury less than six hours' deliberation to acquit him of the murder of his family.

After originally being found guilty of killing his mother, father, two sisters and brother in Dunedin in 1994, Bain served 13 years in jail before the Privy Council quashed his sentence last year. His retrial began in the High Court at Christchurch three months ago.

He smiled at the jury as the not guilty verdicts were read, and was immediately discharged by Justice Graham Panckhurst to leave the dock a free man.

Bain said he was shattered, and had appeared overwhelmed, needing time to compose himself in the cells before coming out of court.

"It was a huge release for me to be honest," he later told TV3.

"In some respects it took a huge weight off my shoulders but it's also shown me that the love of all these people and this fantastic man here (supporter Joe Karam) has got me through, and it's all coming at once."

Bain faced up to a huge scrum of media and cheering and clapping public outside the courthouse tonight to thank his supporters, and particularly former All Black rugby fullback Karam.

A large crowd had gathered to hear the verdicts, and jury members were clapped and cheered as they came outside.

The defence had worked hard to call the police case into question, and had put the blame on David Bain's father Robin, saying he had murdered the family and then committed suicide.

After Bain spoke briefly and haltingly, largely drowned out by the noise of the crowd, Mr Karam thanked members of the defence team.

He said he and Bain wanted to "go and have a tipple right now".

"An innocent man has been beaten down by a whole lot of myths and legends," he said.

Mr Karam said he had never had any doubts about David Bain's innocence since 1996.

While delighted about the outcome, Bain's defence team denounced the millions that had been spent on proceedings on a trial they said should never have been brought.

Helen Cull QC said she questioned the Crown's decision to order a retrial, which the Solicitor General had ruled was in the public interest.

"This is a Crown that is bringing a serious case on five counts of murder," Ms Cull told TV3.

"They have to prove it beyond reasonable doubt, and even at the stage of the Privy Council there were planks in the crown case that were seriously flawed.

"And the fact that the Privy Council had highlighted those flaws, and the evidence that supported the defence of those flaws, made it obvious to me that actually this case was going to be very difficult for the crown, even at that stage."

Bain's legal team was tiny compared with the crown team, which included 25 detectives working full time on the case, she said.

"This was a unique case and they've pushed the boundaries for us, and we must give them thanks," she said.

For the police, Detective Superintendent Malcolm Burgess said they were disappointed but accepted the jury's verdict.

There had been calls to compensate Bain for his 13 years in prison, but Justice Minister Simon Power said no compensation application had been received.

Bain's case would be considered on its merits if an application was made, Mr Power told Radio New Zealand.

In the past, compensation has only been handed over if the person was believed to be innocent on the balance of probability, not simply found not guilty.

Compensation aside, Bain's name has finally been cleared and his new life starts today.