Humbled to be up with the best 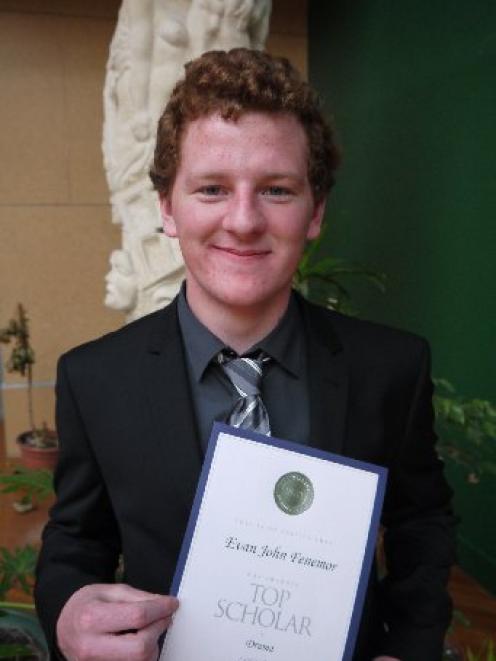 Premier awards are limited to the top 10 scholarship pupils in the country. Top subject awards recognise the top pupil in an individual scholarship subject.

Kavanagh College pupil Evan Fenemor (18), who is majoring in theatre studies and minoring in geography at the University of Otago, received a top subject award for being top in drama.

Evan described the ceremony as a great, but overwhelming experience.

"It was the gravity of the situation - being at the Governor-General's residence with the cream of New Zealand's educational crop.

"I was surrounded by people who are the best in their subjects. It was very humbling."

Evan said he planned to finish his degrees at Otago and continue study at a drama school in Wellington, with the hope of making a career out of theatre acting.

Otago Boys' High School international pupil Christian Holtorf (17) also won a top subject award for being top in German, but was unable to attend the ceremony because he has returned home to Germany to continue his studies.

He was among 54 outstanding scholars who were not invited to the ceremony.

However, he will receive $5000 a year for three years, which will help pay his fees at the University of Otago where he is studying physics.