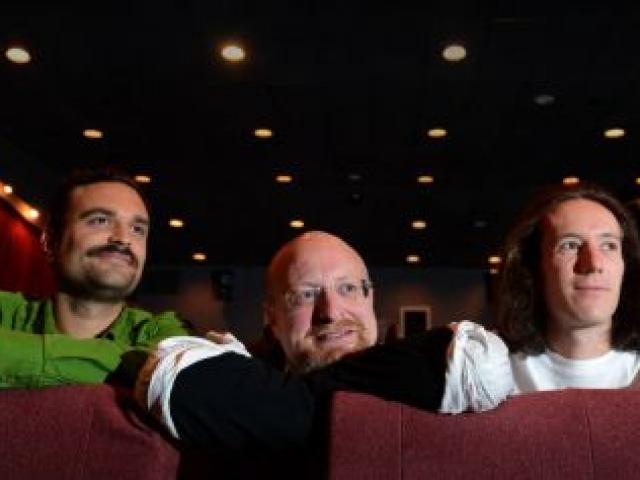 The film was a ''visual feast and celebration'' of the music of Knox and Dunedin, Mr Bellamy said.

''We tried to make Dunedin a character in this film alongside Nick,'' Mr Bellamy said.

Co-director J. Ollie Lucks said the documentary was a tribute to Dunedin's ''gothic beauty'' and a conscious decision was made to show a different side of Dunedin .

The documentary was commissioned by the BBC and filming finished in December 2013, and it premiered on the BBC in February last year.

The film was recut in June last year and had been accepted for 19 film festivals worldwide.

Mr Knox said Dunedin had a ''driving underground music scene'' and the documentary celebrated a creativity that many Dunedin residents were unaware existed.

The co-directors were travelling to Byron Bay International Film Festival for the screening on March 15 and were nominated for best cinematography.

The film had also been accepted into festivals in Estonia, Teheran, Indonesia, Switzerland and the United States.

Mr Knox said the documentary was ''part biopic, part music video and part baring of soul''and his music had been described as ''being on a Rammstein [German industrial metal band] tour bus with a bunch of Mongolian throat singers, crashing into a [Johann Sebastian] Bach recital''.

Mr Bellamy said the film, which premiered at the Mayfair Theatre in South Dunedin last year, had not been accepted in a New Zealand festival.

Mr Knox said the private screening had been ''packed out'' with crew, friends and family.

''It was a deeply warming, affirming moment for me. It was really lovely,'' he said.

The Characteristics of C-Minor will be available free online this winter.