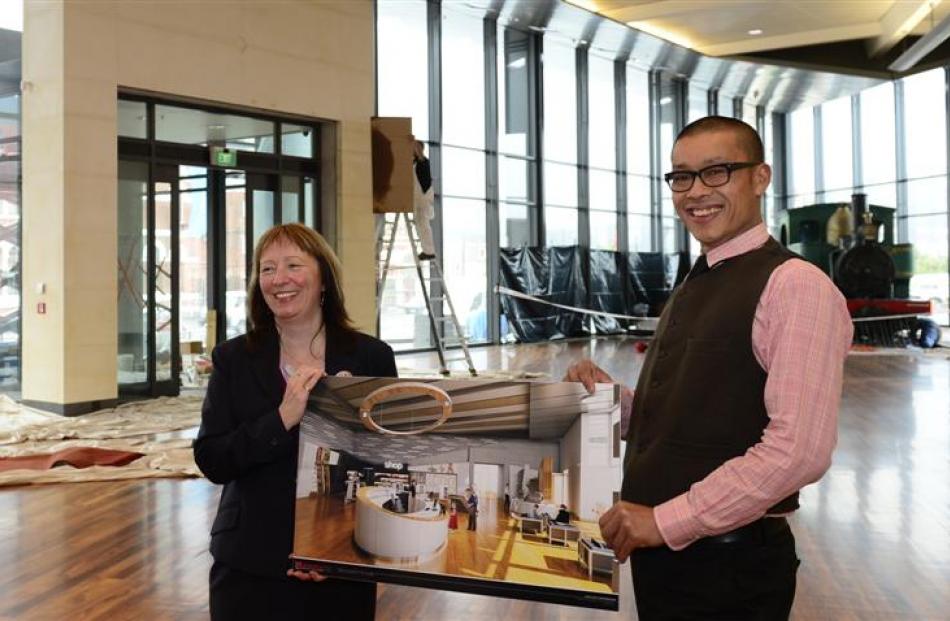 As the opening of the redeveloped Toitu Otago Settlers Museum draws near, project managers yesterday handed over control of the final stage of the museum's $38.5 million redevelopment.

Adrian Thein, senior project manager at Octa Associates Ltd - the firm which has undertaken redevelopment project management for the museum - met museum director Linda Wigley to mark the transfer of the fourth and final stage to museum officials.

After being closed to the public during much of the latter stages of the redevelopment, the museum will reopen on December 8.

Museum director Linda Wigley was " very excited" the redevelopment was nearing completion but also mindful more work had to be done before the opening.

"It's been a long project. We've kept the momentum going."

Construction work on the first stage of the redevelopment, a nearby climate-controlled storage building, began in 2008.

Mr Thein was pleased the project was nearing completion but also had "mixed feelings", knowing years of regular contact and discussions with museum staff and contractors would soon be ending.

Stage four has involved creating a new arrow-shaped northern entry for the museum, including a 600sq m foyer area, called the "Josephine Foyer", where the museum's historic steam locomotive will be more prominently displayed.

A Double Fairlie locomotive, Josephine was one of the first steam locomotives operated in the Dunedin area, entering service in 1872.

About 7000 linear metres of new rimu boards have been used for the tongue and groove construction of the foyer's wooden floor, which blends in with the rimu floors in the museum's adjacent Burnside building.

Ms Wigley said Josephine was much loved and would be a drawcard for the redeveloped museum, appealing to visitors of all ages and backgrounds.

"Even people with no interest in the technology can see the beauty and the power that these things have."