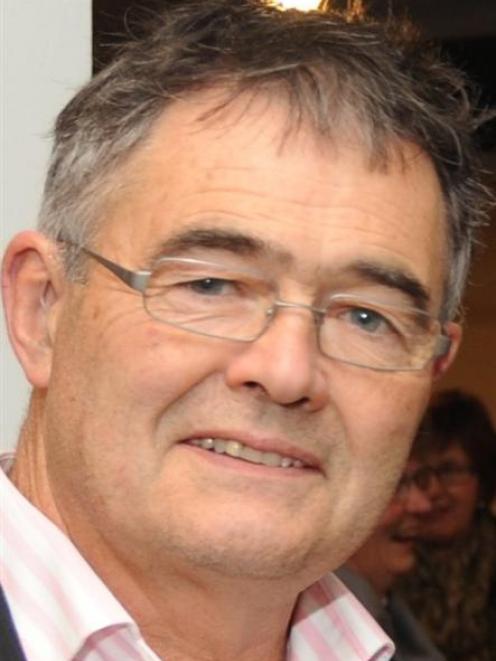 Dave Cull.
Comments from Dunedin residents deemed as "ignorant" and "thinly veiled racism" were swept aside yesterday as Mayor Dave Cull used his casting vote to break a councillor deadlock on the addition of a Maori name to the Otago Settlers Museum's title.

Mr Cull's vote means it will now be known as "Toitu Otago Settlers Museum", rather than the name being referred back to the community development committee for further consideration.

"Toitu" was gifted to the city by the museum's Maori advisory group, to be used in conjunction with the name chosen earlier from a poll of shortlisted names, which were selected from a competition seeking a new name for the museum.

After a passionate, 20-minute debate at yesterday's full council meeting, councillors were tied six-all in the vote on Cr John Bezett's motion to refer the matter back to the committee for workshopping.

Cr Bezett said the issue was not the name, but the process by which it was decided. The public had come up with a clear favourite, and there was "a touch of arrogance" in the council simply changing it to another name.

Subsequent emails to councillors revealed much ill-feeling over the process of how the new name was selected, he said.

Cr Neil Collins agreed and said he felt the "whole situation" had been handled unfortunately, as did Cr Bill Acklin, who said rubber-stamping the name, given the feedback from the public, would be "quite wrong".

But Cr Richard Thomson argued, while it was made "very clear" the most popular name in the poll might not necessarily be chosen, the committee had done so and then chosen to append another name to it.

"We have not consigned it [the name Otago Settlers Museum] to 'the dustbin of history', as one person suggested to me."

"One or two" people had told him they would not like a Maori name for anything.

"In fact, a number of views presented to me were thinly veiled racism," he said.

Cr Lee Vandervis asked if sending the matter back to the committee was just a way of trying to get a different result, while Cr Kate Wilson agreed the process was not the best, but said it was "about time we got over ourselves and allowed ourselves to acknowledge our Maori heritage".

Cr Chris Staynes said councillors needed to step up and make a decision.

A new settlers museum deserved a new name and something that tied it to Otago, and "Toitu" did that.

"It recognises the past, it rolls off the tongue and it will bring the visitors to the museum because they want to learn about our history - our European history and our Maori history."

He did not think the feedback councillors had received represented the majority of Dunedin residents' views.

"In this city's history, we [the council] have allowed a few small-minded conservative individuals to influence us in our decision-making. That should not continue."

Mr Cull described the emails he received about the new name as "at best ignorant" and at worst "just plain bigoted".

Using the two names recognised a more inclusive contribution to the naming process and celebrated all of the people who had settled the community, and people could use whichever name they preferred, he said.

Cr Paul Hudson abstained as he had not attended the committee meeting.

Contacted after the meeting, museum board chairwoman Dr Dorothy Page said it was "lovely" the two names were going to be incorporated in the title.

"I like the word toitu, but I would never give up the Otago Settlers Museum."