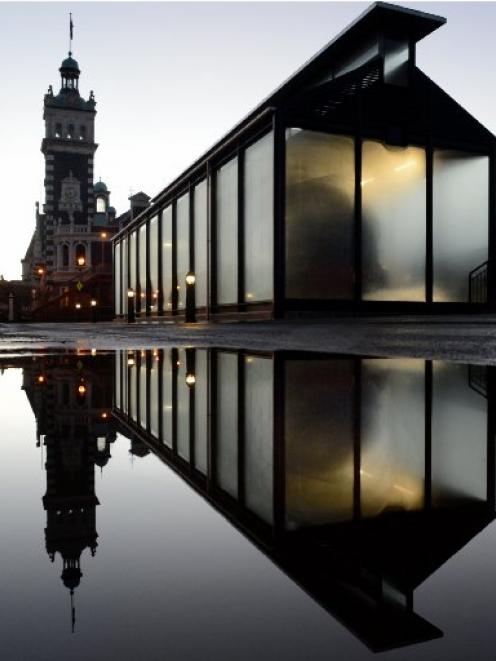 Sunny days and chilly nights have caused condensation to form on the outside of the glass case recently, prompting a review of the structure's design.

Project manager Adrian Thein, of Octa Associates, said the condensation problem came as a surprise because natural ventilation had been factored into the building.

Condensation formed when the sun heated the steel locomotive, grey stone ballast and concrete surrounds during the day.

"During the night, all that heat is released and condensation forms when the temperature drops considerably and there is little or no wind.

"Along either side of the building there are louvres meant to naturally ventilate but we are asking our design team at the moment whether that is enough," Mr Thein said.

Octa tried to keep the building "green" by using natural ventilation which did not incur maintenance or power costs, he said.

Condensation did not form on the outside of the glass case every day, only when certain weather conditions combined.

Museum director Linda Wigley said she was aware of the issue and options to alleviate it were being considered.

Last month, the Otago Daily Times reported another problem with the glass case, which was so reflective the locomotive could hardly be seen in certain light.

Non-reflective glass - about four times more expensive than regular glass - had been ruled out as too expensive.

About $700,000 was allocated for the entire project which included moving the locomotive and encasing it.

Spots of rust on the relatively-new structure were being addressed, she said.