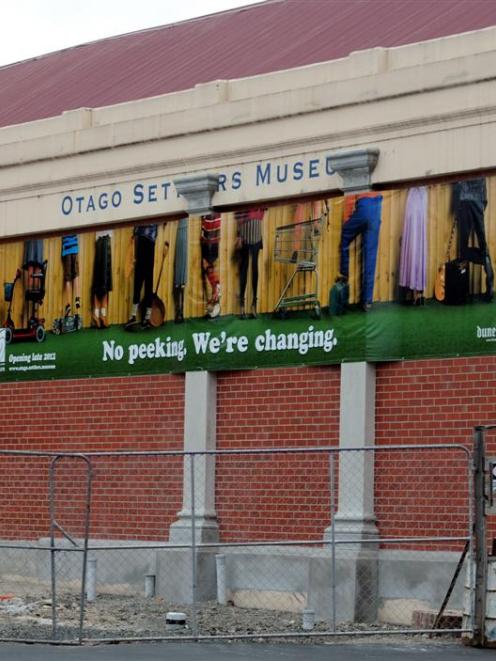 The museum name has been reviewed, and community views sought, as the Dunedin City Council-owned museum's $39 million redevelopment nears completion.

The name issue was discussed by the council's community development committee on Monday.

Councillors recommended the name "Toitu: Otago Settlers Museum" be adopted and the full council is expected to decide the matter on June 25.

In a recent online poll of eight possible names, 51% (1694) of the 3334 votes cast supported "Otago Settlers Museum" and a further 6% backed a shorter version: "The Settlers".

Dr Page was "very happy" with the council committee's recommendation, which preserved the term "Otago Settlers Museum", in keeping with the strong community "affection" for that name, shown through the poll.

Other alternatives on the short list would have removed words such as "Otago" and "Settlers".

It was "unfortunate" if anyone thought the polling process had been bypassed by the use of the "Toitu" Maori name.

The Maori name had been provided by the museum's Maori advisory group, and this positive development had involved an entirely different process from the museum's naming contest and poll.

The term "Toitu" was short, and appealing in its meaning, and in time some people might prefer to use that name, but many people were likely to continue to use "Otago Settlers Museum" for a long time, she said.

Another board member, Dr Melville Carr, said many organisations, including Te Papa, the Museum of New Zealand, had Maori names or Maori alternative forms of their name.

In a closed-door discussion last week, the museum board considered a report by museum communications and business team leader Rebecca Crawford that noted that "given the strength of public opinion" expressed in the poll, the name "Otago Settlers Museum" should be retained.

The report noted that Te Pae O Mahutonga, the museum's Ngai Tahu advisory group, had provided the name "Toitu" as a mana whenua name "alongside any other name chosen by the board".

"The museum would be The Otago Settlers Museum: Toitu."

It is understood the board then made an open-ended recommendation, leaving the council to decide whether the Maori name would be placed at the start of the museum's title or at the end.