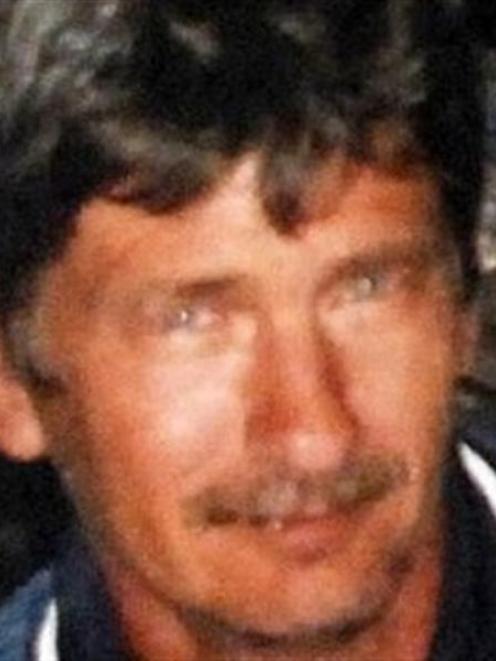 Steve Radnoty.
The children of a Dunedin man killed by one punch are pleased his death is helping to prevent similar acts of violence.

Steve Radnoty (51) died after being punched in Dunedin's George St McDonald's restaurant in 2011.

His death prompted a police campaign aimed at highlighting the potential consequences of a single punch, and this week Dunedin officers and others involved have launched an expanded ''Just One Punch'' campaign to coincide with student Orientation.

Mr Radnoty's daughter Kristin Speak yesterday told the Otago Daily Times how pleased she was something good had come from the incident.

''Me and my siblings are really happy something is eventually happening with this. It's what my mum wanted and it's what Dad would have wanted,'' she said.

Miss Speak (24) said too many people had been killed or injured by single punches, and ''if we can stop one person from doing this, then it's worth it''.

Constable Shelley Phair, who spearheaded the campaign, reiterated that sentiment.

''If the campaign can have an impact on just one person, and cause one person to rethink their actions, then the time and money was all worth it,'' she said.

The Accident Compensation Corporation helped fund the campaign, which was supported by the Otago Polytechnic, the University of Otago and its students association, the Dunedin City Council, the Highlanders, TVNZ, Newsplash Studio, Otago Corrections and the Southern District Health Board.

Campaign advocates Brad Thorn and Monty Betham would help raise its profile among the target audience of young men aged between 16 and 18 years, Const Phair, of Dunedin, said.

''Brad Thorn's message is a really strong one - that if you find yourself in that sort of situation you're a bigger person for walking away,'' she said.

Actions promoted included using humour to defuse situations and getting friends to help.

Const Phair said Dunedin had several ''high-profile'' incidents where a person had been killed by a single punch.

The campaign aimed to highlight the alcohol link with assault, plus educate people to make better choices.

''Our goal is to strengthen young people's ability to make positive choices and decisions when dealing with these situations.

"If you choose the right path, you get home safe. If you choose the alternative, the consequences demonstrate how quickly a senseless act of violence can change your life,'' Const Phair said.

Campaign material was being distributed among Dunedin high schools and tertiary institutions.

ACC community injury prevention consultant Andy Redfearn said claim statistics showed alcohol had a major impact on violence, and it was often the consequences which were overlooked.

• Trainee teacher Tarun Asthana (25) died in November last year, three days after being punched outside McDonald's in central Auckland. Naval rating Grenville McFarland (27) was charged with his manslaughter and appears in court today.

• Karan Pant (25), was seriously injured this month by a single punch inside Cassette Nine nightclub in Auckland's Vulcan Lane. Napier man Mathew Paul Papa (22) has been charged with intent to cause grievous bodily harm.

• Dunedin man Steve Radnoty (51) died in March 2011, a few hours after being punched inside McDonald's on George St in Dunedin. Christchurch man Matthew Bryce Larson (aged 23 at the time) pleaded guilty to manslaughter and was sentenced to three years in jail. He was released on parole in July last year, aged 25.