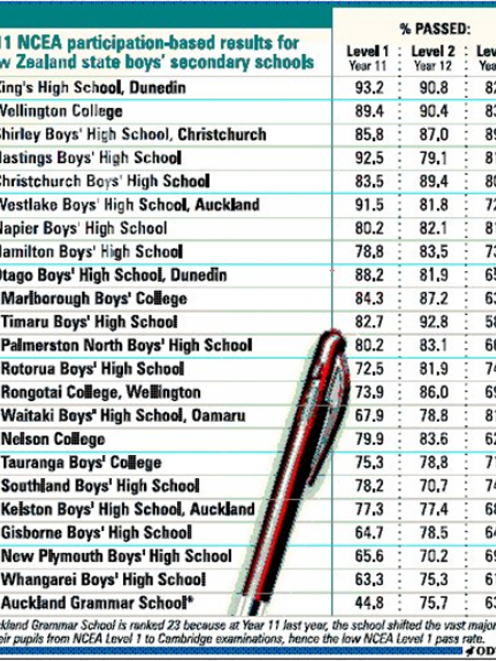 Overall, the school was the highest-ranked boys' state school in New Zealand.

"The high expectations of staff, a strong values programme, excellent tracking systems and accountability for student performance are all key drivers behind the outstanding student outcomes."

While Waitaki Boys' High School rector Paul Jackson was pleased with his school's results, he was quick to point out the statistics did not reflect the large number of year 11 pupils who achieved NCEA level 2, when they were only expected to achieve level 1.

He believed some schools in New Zealand doctored their results to make them look more favourable, by not allowing pupils to enrol in NCEA if they were unlikely to pass.

Mr Reddiex said it was not a practice carried out by King's High School.

Otago Boys' High School rector Clive Rennie said statistics should not be taken at face value, with variables behind the figures.

"Our three levels of qualification can be earned through a combination of assessment methods," he said.

"A true measure of student qualification is the pathways they are able to pursue upon leaving school," he said.