Kiwijet's NZ launch pushed back until next February 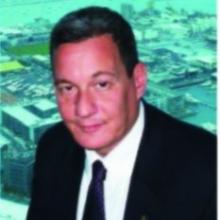 Patrick Weil
Aspiring airline Kiwijet has delayed its start-up date but is still talking of flying into Dunedin and Invercargill.

In a statement, Kiwijet said it was still committed to launching operations in New Zealand, and using four British Aerospace RJ-100's (ARJ) to fly to seven regional centres. The company wants to add another eight centres after one year of operation.

Last year, Kiwijet said it wanted to be flying around New Zealand by the end of 2008, but said this week the launch had now been delayed until next February.

The company said it was in negotiations with a fully scheduled international carrier. Kiwijet needed a partner airline to provide feeder traffic to and from the domestic trunk, and transtasman sectors.

The company would not say who it was negotiating with, saying the other party requested confidentiality.

Kiwijet chief executive Patrick Weil visited New Zealand last month and inspected prospective premises at Christchurch International Airport. He is trying to secure US$35 million ($44 million) in funding over the coming weeks to fund the airline.

The company had previously said it intended to employ about 200 staff when it launched.

There would be two fare structures - peak, Monday to Friday from 8am to 6pm, and off peak, at all other times. They had quoted various fares, but had not yet brought out a complete schedule. The planes would carry about 90 passengers.

He was unsure whether Kiwijet would ever fly but said Mr Weil seemed to be confident the airline would get off the ground.

Mr McCall said, in the long term the airline industry had a positive future with the only draw back being the lack of aircraft.