Laniet Bain had given up work as a sex worker and she was going home to "blow the whistle" on her incestuous relationship with her father, a witness told the trial of David Bain in the High Court in Christchurch today. 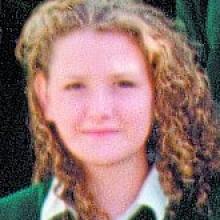 Bain is on trial before Justice Graham Panckhurst and a jury for the murder of his father Robin, mother Margaret and siblings Laniet, Arawa and Stephen at their home in Every St, Dunedin, in June 1994.

The woman, who has name suppression, said she had lived with Laniet in a boarding house in Dunedin.

She knew Laniet was a sex worker and was using drugs.

She said a man who lent her a cell phone while she was working as a prostitute blackmailed her into having sex with him. She didn't like it because of what he made her do.

Laniet told her that her parents would not sign a form to allow her to have a benefit, the woman said.

She had also told her that she had had a child in Papua New Guinea and that a family friend was the father. She had a photo of the baby, she was white and had Laniet's hair.

The woman said she surprised Laniet in the bathroom one day. Laniet was naked and had stretch marks down her stomach, she said.

Laniet had stopped being a sex worker and was working in the museum cafe when the witness spoke to her a few days before the deaths.

She was nervous, but excited, and said she was going home to tell the family about her father and that she had been a sex worker.

David Bain also wanted to see the whole family but Laniet did not know why, she said.

The woman said she was surprised to hear that Laniet had been living with her father at Taieri Beach School because she knew that she didn't want to be around him.

Another witness told the court Laniet wanted David to speak to her mother on her behalf, as she wanted to move back home.

Dr Sean Clark, a medical doctor for the British Army, was in an opera production with David Bain.

Dr Clark met Laniet, who was looking for her brother.

Laniet told him that she couldn't stand what her father was doing to her anymore.

She was quite agitated and distressed, looking at her watch and asking for David, or when he would get there.

Robin was very quiet and sat by himself. He wouldn't answer when anyone said hello, and he was withdrawn, he said.

Daryl Young told the jury that he sold photocopy machines to schools in Dunedin.

When he went to Taieri Beach School he met Robin Bain.

Mr Bain was unusual and not as confident as a normal principal. He was difficult to talk to.

He was untidy, homely, and wore knitted jerseys. Mr Young said he was used to principals wearing business attire.

On the Friday Mr Bain was to sign the papers to buy the photocopier. Mr Young went to the school but Mr Bain wasn't there.

He was told he was likely to be in his van at the Taieri Beach camping ground, so went there to see him.

The camping ground was a paddock and pretty barren, he said.

The van was scruffy and he heard two voices, which he assumed to be Mr Bain's and a woman's.

Mr Bain came out wearing a towel and said he would be at the school shortly, so he went back there to wait for him.

He said Robin smelled of alcohol, and when he got back to the school at 9.45am, his class was unsupervised and the children were running around.