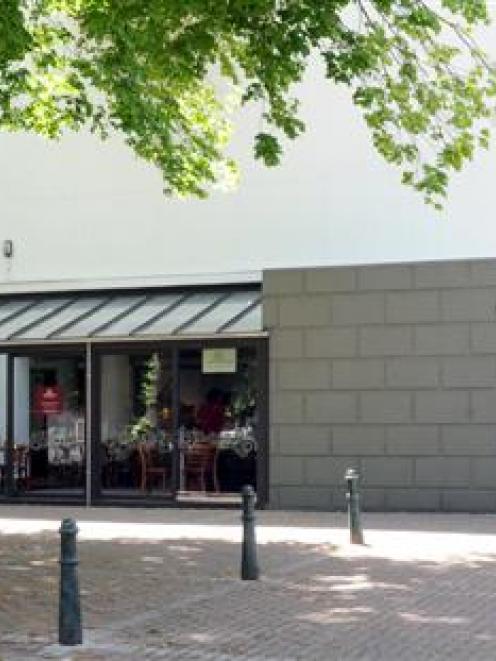 Otago Museum officials are considering a proposal to build a larger conservatory running along the museum's southern frontage and replacing the current entry to the Hutton Theatre. Photo by Craig Baxter.
Otago Museum officials are considering developing a larger conservatory at the museum's southern frontage, to overcome draught issues and increase seating capacity at the nearby museum cafe.

Museum officials had initially planned to spend about $70,000 building a small conservatory, partly to prevent draught problems caused by an external door to the museum cafe.

But at a recent meeting, Otago Museum Trust Board members heard it was now proposed to spend nearly $200,000 - from museum reserves rather than from contributing council funds - on the conservatory project.

Board chairman Graham Crombie said it would consider the proposal at a meeting early in the new year, after a report had been prepared outlining further details. 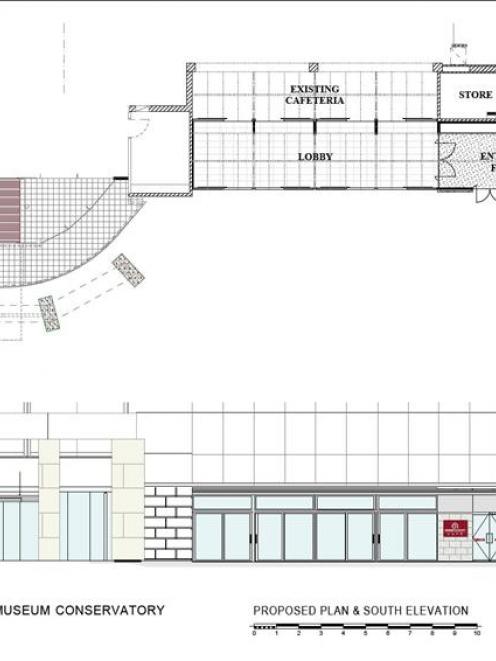 Plans for the proposed conservatory. Image supplied.
Museum staff initially planned to add modern air curtain technology to its main ground floor entry, facing the Otago Museum Reserve, for about $15,000, and to build a small conservatory outside the cafe.

Clare Wilson, the museum director collections, research and experience, said the air curtain had since been installed but it was now proposed to build a somewhat larger conservatory.

This would also replace the present separate entry to the museum's nearby Hutton Theatre.

The proposed new conservatory was being designed by McCoy and Wixon, ''in sympathy'' with the museum's Centennial Wing.

If such a new conservatory was developed only outside the cafe, this risked making the existing Hutton Theatre entry area look much worse by comparison, Ms Wilson said.

A larger conservatory would also bring significant advantages, including allowing more room for museum cafe customers to eat and drink outside the main museum building, but protected from the elements.

It would not only help overcome long-running draught problems at the museum entry, but also provide economic benefits to the cafe.