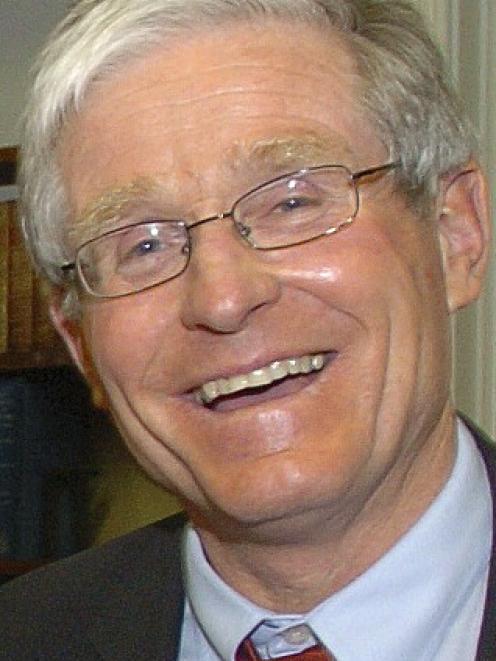 Mark Henaghan
University of Otago law school dean Prof Mark Henaghan is suggesting words have been attributed to him that he did not say.

In a pamphlet distributed at an anti-stadium meeting on Sunday, residential ratepayers were urged to withhold $66 a year from their rates as a "simple, effective method" of opposing the stadium.

The pamphlet went on: "And this has been confirmed by Otago University's Dean of the Law Faculty - Mark Henaghan as a no-risk, low-cost means of protesting to the DCC."

In a statement issued yesterday, Prof Henaghan said he had been asked by the Stop the Stadium group for a legal opinion.

"I sent the opinion to Stop the Stadium saying the Act [Local Government (Rating) Act 2002] does give councils considerable power to enforce rates.

''Nowhere in the correspondence did I say it is a 'low-risk, low-cost strategy'."

Prof Henaghan was not at the meeting and had not seen the pamphlet yesterday.

In his statement, he said he was surprised to read the Otago Daily Times report of the meeting yesterday, which quoted the pamphlet.

He repeated his conclusion, given to the group in a memo on February 23, which said unpaid rates incurred penalties.

"If rates remain unpaid four months after the date when they were due, the council can commence legal proceedings for the recovery of unpaid rates.

"If the council obtains a judgement for unpaid rates, and the judgement is not paid within four months, the council can sell or lease the property to recover the unpaid amount."

Stop the Stadium president Bev Butler said last night she did not think there was a problem and would not withdraw the pamphlet from the group's website.

"The legal advice that he did give us does confirm the way in which we worked out our strategy.