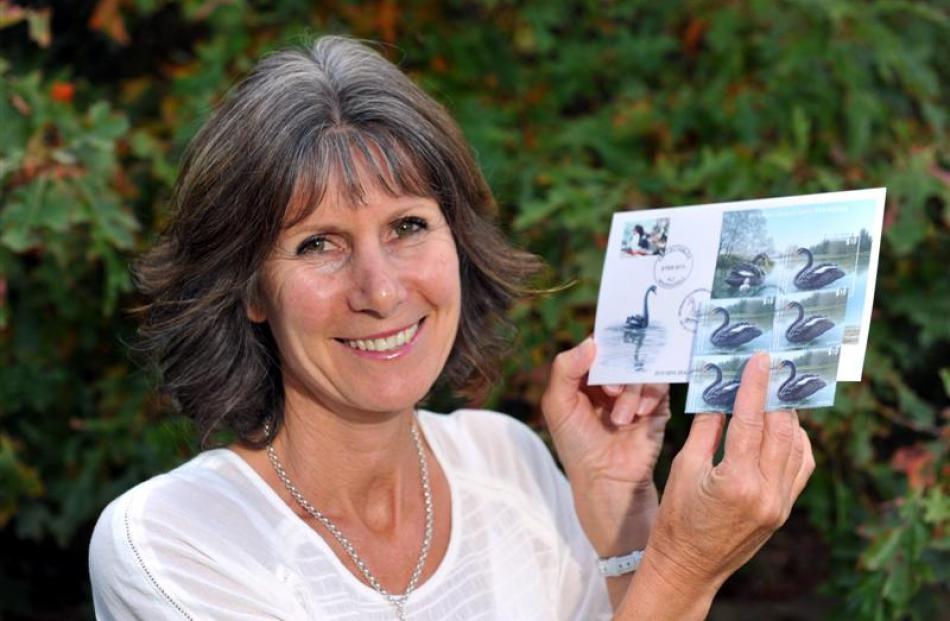 Brighton artist Karen Baddock has painted the image that will feature on a special New Zealand Post stamp and duck shooting licences this year. Photo by Gregor Richardson. 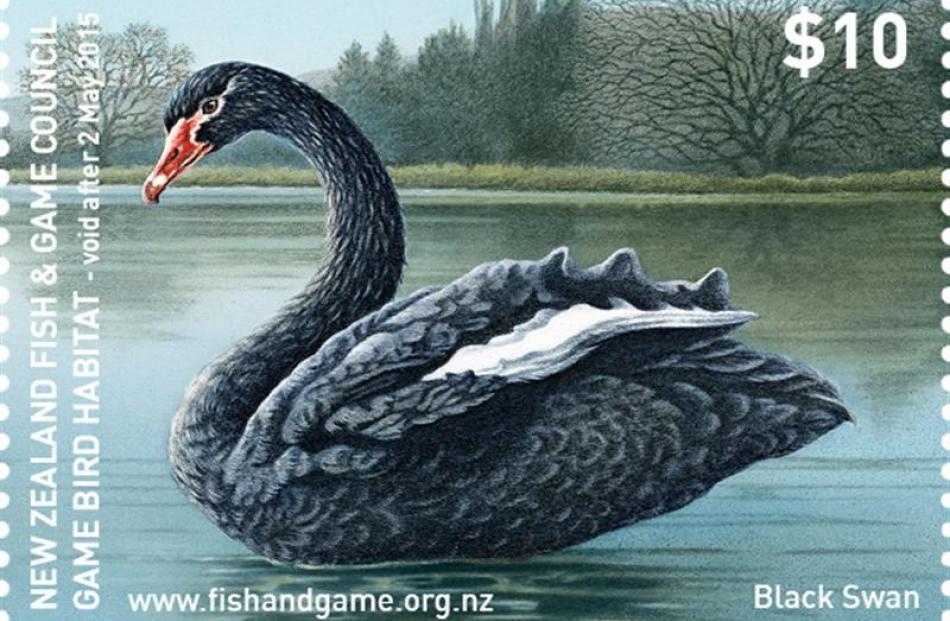 Brighton artist Karen Baddock has been awarded the contract to paint the image that will feature on a New Zealand Post collectors stamp and this year's duck shooting licence.

She was born in Dunedin, trained as a graphic artist and has been drawing and painting the surroundings of her family farm for many years.

She says her specialty subjects have become paintings of birds and landscapes.

''I like the challenge of getting the detail of the feathers and movement right.''

Ms Baddock was given the contract by NZ Post after her previous success in 2009 when one of her duck paintings was chosen as an image for a collectors stamp.

The image used for the stamp this year is Ms Baddock's Black Swan painting, ''an absolute honour'', the artist said.

She said the painting took her about 10 weeks, including observing black swans in their natural environment and taking photos to try to capture their natural movements.

Otago Fish and Game operations manager Ian Hadland said it was a ''great privilege to have an artist of this quality in the region and it's nice to have a national stamp artwork with a definite Otago feel to it''.

''Black swan are really common in coastal Otago and familiar to most people but it's a surprise to many non-hunters that they are able to be shot during the game season. Around 600 are harvested in Otago every year.''

Two dollars from every stamp distributed with duck shooting licences, and the entire proceeds from the sale of the collectable artwork, was provided to the Gamebird Habitat Trust Board which later distributed the money for wetland enhancement projects.

''We have been lucky to get a $50,000 grant from that fund this year to enhance the degraded Takitakitoa wetland in the lower Taieri, so the artwork and its revenue has almost done a complete circle,'' Mr Hadland said