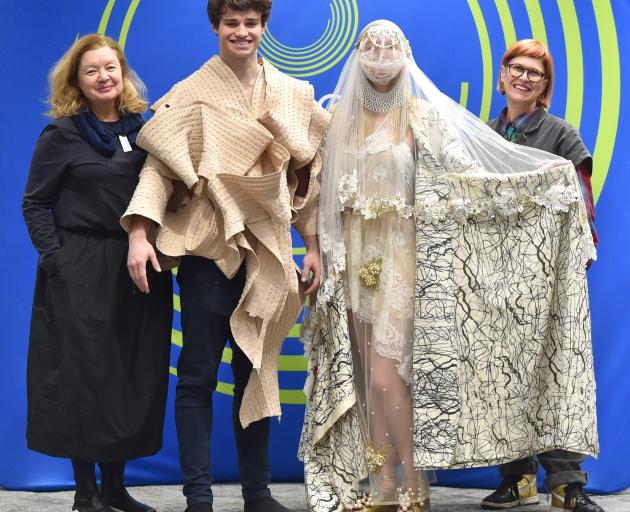 The University of Technology Sydney designer arrived in Dunedin yesterday before this weekend’s iD International Emerging Designer Awards, and headed straight to Otago Polytechnic for fittings.

"It’s slightly chaotic, but that’s a familiar emotion when you do fashion," she laughed.

After learning of the competition four years ago, she was excited to finally be part of it.

All three were thrilled to be in New Zealand after Covid-19 threw their studies into disarray last year.

Ms Jackson said fittings last night were the first time she had been able to see her work on real people, as only mannequins were allowed to be used during the height of the pandemic.

"It’s quite exciting, it’s quite wild," she said.

For Kerry Brack, crossing the Tasman for the event was all the more special because it was a family affair.

After getting a bachelor of fine arts and a masters in curating, her daughter, Lucy, decided she wanted to follow her mother into fashion.

She has since acted as both an assistant and a muse, and has travelled with her mother to Dunedin for the fashion showcase.

All four women were among a hive of activity at the polytechnic last night as they prepared for this weekend’s big event.

The awards will be running for the 17th time tomorrow at a soldout Otago Museum showcase.