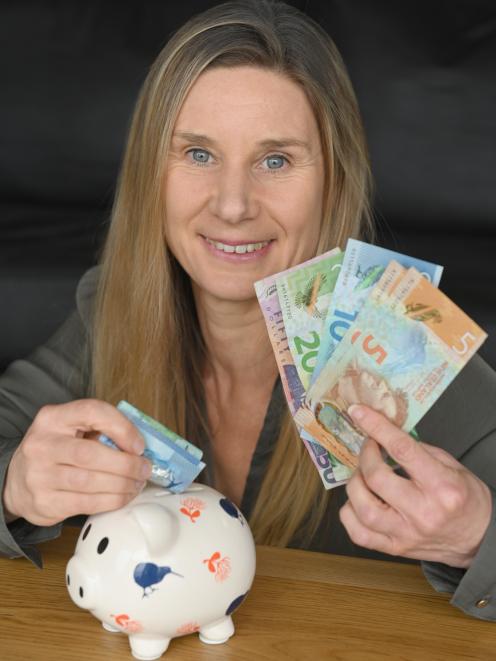 Lockdown has changed New Zealanders’ spending habits, making us more aware of how we use discretionary money.

The newly mindful Kiwi is spending less on everyday discretionary items, is paying down debt, saving more and spending more on significant items, according to a new survey by the University of Otago.

ANZ Bank’s chief economist sees a different picture, however, but says the end result could still be the same.

The five-yearly nationwide survey of how New Zealanders think, live, spend money and allocate their time was conducted late last year by researchers from the University’s department of marketing.

The representative survey of 1640 individuals over the age of 18 shows 57% of people report being more conscious of what they consume since last year’s lockdown.

‘‘That awareness of how much money you saved during lockdown makes you more mindful of where it is going,’’ Prof Watkins said.

More than half, 52%, say they are shopping locally more often and 42% are doing more shopping online.

The most notable reductions in consumer spending were on restaurants, entertainment outside of the home and travel. The only category to increase was groceries, which aligns with 54% of people reporting that they have increased their home cooking. People also reported making substantial investments in their homes.

‘‘It’s not so much an overall decrease as [a change in] where they are spending,’’ Prof Watkins said.

‘‘Becoming more mindful of the amount of discretionary money they were spending ... and instead spending more on things like their homes, more significant purchases than those frivolous ones.’’

Mindful Kiwi might have come and gone if not for the second lockdown.

‘‘As these lockdowns go on, it is likely that these [changes] ... will become habitual. And then they are likely to stay,’’ Prof Watkins said.

ANZ chief economist Sharon Zollner said that shift was yet to be confirmed.

‘‘That’s a very accurate picture of the world last year, but the performance of the economy in the first six months of this year was spectacular,’’ she said.

According to an ANZ survey, people were saying they felt cautious but in reality were spending up.

She did not expect a lockdown retrenchment this time.

‘‘People know the world isn’t ending. As long as there is light at the end of the tunnel, I think businesses and households are more likely to look through it this time and play the long game.’’

But neither did she anticipate a post-lockdown spend-up, because many people bought big items after the last lockdown and no longer had extra funds.

A squeeze on Kiwis’ spending could still be on the way, Ms Zollner said.

‘‘You can certainly question the sustainability of it all, given that it was funded out of government debt and mortgage debt.

‘‘The Reserve Bank seems quite determined to raise interest rates.

‘‘Because household debt is at a record high, those interest rate increases will bite into discretionary spending and make households more price sensitive.’’

‘‘A permanent change in personal savings, average debt levels or individual investing would be the ones to watch,’’ he said.