A long way to go: Graham 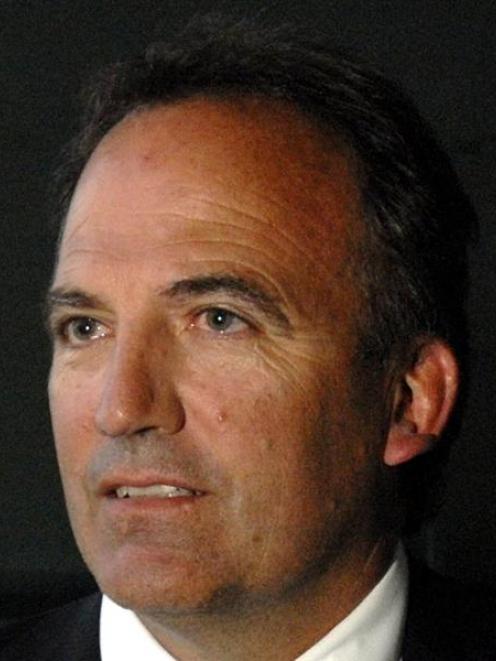 Wayne Graham
From no chance to a slim chance - Otago Rugby has lived to fight for another seven days.

The union said yesterday it had delayed its decision to move into liquidation by a week, although chairman Wayne Graham said he was only 10% to 20% confident of success.

"I think by asking for the extension that there is some optimism, but there is still a long way to go," Mr Graham said.

"This is a tight community. The Otago province has a proud history. We want to make sure we have made the right decision.

"Some of the advice we have been given from respected parties is to make sure you have investigated every opportunity before you make that decision.

"We want to give us a chance of coming out the other end."

The union is weighed down by a $2.35 million debt, with a loss of more than $750,000 forecast for this year, and had intended to go out of business at 4pm yesterday.

Mr Graham said he had been heartened by the support he had received from the Otago community and that drove the decision to delay liquidation.

Changes needed to be made to how the union operated and to show it could be financially secure in the future.

"One of the messages coming from our community is they are reluctant to support something that is going backwards. We are trying to come up with a credible sustainable business model so we give the public of Otago the confidence that this is going to be here for another 130 years.

"This organisation has had money chucked at it for decades and it has not solved the problem. So what we need to do is make sure we have a business model that is sustainable and gives confidence to the supporters that it is worth supporting.

Players had been paid by the New Zealand Rugby Players' Association for this month, and union staff remain employed for another week.

The future of having an ITM Cup team is still very much in the balance.

Asked what was the major stumbling block to getting a deal, he said it was a tremendously complicated issue with many parties involved.

"We have all got to agree at one particular point in time. We have had four days to do that and there is intent there, but I wouldn't like to put any money on that it will come to fruition."

He ruled out seeking collections at tonight's game between the Highlanders and the Crusaders at Forsyth Barr Stadium, and said the big crowd for the match showed people were interested in the sport.

The stadium was an asset for the union into the future.

"We [the community] didn't build the stadium not to play in it. The community all contributed to the stadium. I think it is very important we play there."

If the union did stave off liquidation, a board restructure was likely, although that would be further down the track.

The job now was to work hard over the next week, although the past few days had been tough.

"It has not been an easy week. I took over this role because one of my friends said I would be good at it.

"It was an amateur role, a donation to the community if you like. If I knew then what I know now, I don't think I would be doing it," he said.

"I live in this town; this town is a big part of me. I feel for fellow businessmen. A lot of my friends we owe money to."

New Zealand Rugby Union chief executive Steve Tew told APNZ yesterday he still wanted an Otago team in this year's ITM Cup, even if the NZRU had to govern it.

"Plan A was to allow the Otago rugby union to become insolvent; for us to take over community rugby and for us to have another structure in place to run the ITM Cup team for this year, and then let the clubs of the Otago region reincorporate some time in the future and that's not changed," Mr Tew said.

"So, we've got to work through what the implications are to the contracted players.

"We've got to be sure that we've actually got the money for a team to be able to take the field, whether it's with the Otago rugby union in place or not.

"So, today's extension hasn't changed that."

Despite Otago paying $1.1 million in wages to players last season, Mr Tew said the salary cap for the ITM Cup was not the problem and each team had to spend within its means.

"There's a salary cap in place but it's not a compulsory target and as I've been saying for probably several years, and I'll repeat it now, no union should spend more than they can afford on players."

All staff at the Otago union would continued to be paid for another week, Mr Tew said.