More GP care 'not affordable for all' 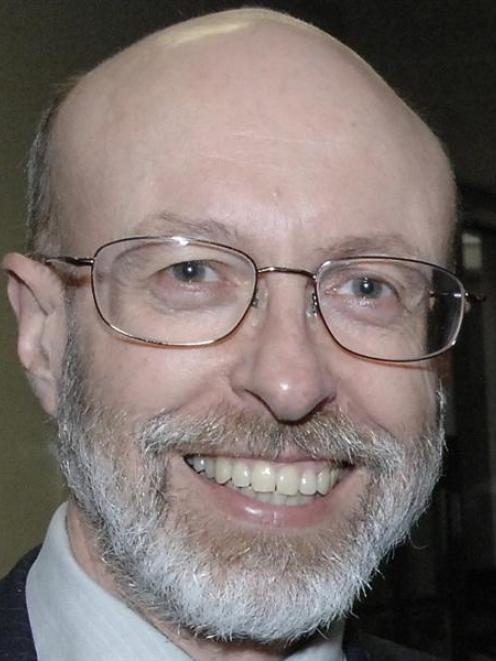 Rheumatologist Prof John Highton said the gap between the ''haves and the have nots'' meant some patients could not follow care plans involving more GP visits. The move to transfer more services to GPs was difficult to implement because ''we live in an increasingly polarised society''.

For patients with no money, a system requiring more GP visits and fewer to hospital posed difficulties. While the idea of community care made sense, ''we start by having one hand tied behind our back'' because of the reliance on GP visits.

He believed the cost of GP visits was a major factor in the number of patients attending the emergency department.

A new health team is preparing to shift more services to primary care providers through an alliance between the Southern District Health Board and the Southern Primary Health Organisation.

Representatives of the Southern Health Alliance Leadership Team answered clinicians' questions after a presentation at Dunedin Hospital on Wednesday, and met a sceptical response from some in the audience.

Independent chairman Prof Robin Gauld urged patience, as it was very early days for the team. Other parts of New Zealand were experiencing similar teething issues with the health alliances, which were now mandatory.

Some in the audience questioned a lack of communication about what the new team was doing.

The leadership team would be able to allocate funds where they were most needed, he said.

Something had to change and ''this is the structure that allows us to do that'', Dr Tulloch said.

Co-presenter PHO deputy chairman Dr Doug Hill said there was ''something wrong'' with the health system. As a Dunedin-based GP, he had seen serious cases turned away from hospital, while routine referrals were accepted. He cited ophthalmology, where recently a patient turned away from hospital had cataract blindness, while the department was carrying out routine checks.

Dr Hill said that as ''private businesses'' GPs were understandably concerned about upcoming changes, but at present knew little about the new initiative. Clinician Dr Andre Smith questioned Prof Gauld about the lack of communication.

He said there was a ''disconnect'' between Dunedin Hospital and GPs, who did not know that some new ''pathways'' for directing patient care were already in place. Rural nurse Kirsty Murrell-McMillan questioned a lack of rural representation on the team. The DHB serviced a huge area, but despite this often acted like a ''big city DHB'', she said.

After the meeting, the Otago Daily Times asked Prof Highton if he feared the changes amounted to increasing privatisation of health. In response, he said: ''I have not been that philosophical about it as it is more a matter of practicality''.

''A feature of rheumatology is that we accumulate patients. This is because a significant proportion of the patients that we see as new patients are diagnosed with an illness that requires ongoing management.

''In order to keep seeing a good number of new patients, we therefore need to get as much as possible of the follow-up work done by GPs. This would be entirely appropriate but patients often do not attend their suggested GP appointments because of cost considerations.''

Contacted after the meeting, Prof Gauld, a University of Otago health systems authority, said the GP fee problem was garnering attention at a national level.

''It's one of the oddities of the New Zealand healthcare system that we have this financial barrier to see a GP,'' Prof Gauld said.