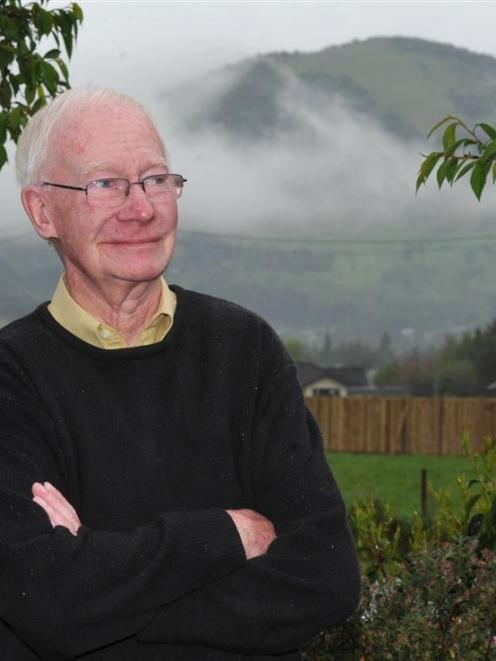 John Clent, formerly of Christchurch, is one of 648 people who have moved to Mosgiel since the last census was taken in 2006. Photo by Craig Baxter.
Mosgiel and surrounds may still be Dunedin's fastest-growing area, but growth is slowing.

The population of the town now stands at 12,618 and most of the growth is in Wingatui and East Taieri.

The other fastest-growing areas in southern Dunedin are Saddle Hill, Outram and the wider Taieri.

The growth spurt during the late 2000s may have reflected a latent demand for sites, realised with the rezoning of land in the mid-2000s that led to rapid subdivision and residential development in Mosgiel.

While slow population growth meant the city was leaning towards an oversupply of land in absolute terms, it was unlikely fields around Mosgiel would sit developed and empty, as growth was expected to continue until the existing capacity was used up, she said.

The council intended to analyse the results of the census in each suburb and settlement before finalising any future zone boundaries or providing final recommendation on any new future urban development areas and when they should be released, she said.

Such sites were not easy to come by elsewhere in Dunedin, which meant Mosgiel represented the ''path of least resistance'' for those people wanting to build a new home, she said.

It was also less expensive building in Mosgiel than buying a piece land in a good Dunedin suburb.

While an ODT investigation last year revealed most of those making the move to Mosgiel were from central Dunedin, Mrs Nidd said some - though not a ''huge number'' - were Christchurch residents moving south after the quakes.

John Clent (pictured page 1) and his wife Leonie were among those who had shifted south to escape the aftershocks and earthquake devastation.

Mr Clent said they initially thought about moving to Central Otago, but settled on Mosgiel because it was close to a large city and an airport, which made travelling easier.

He and his wife did not regret making the move in December 2011.

''The people of Mosgiel have been fantastic in making us feel welcome in their community,'' he said.

They still had friends in Dunedin from when they lived in the city in the 1980s and had ''by chance'' met three other couples who had moved from Christchurch following the earthquakes.

Even after living in the community for a relatively short time, he felt Dunedin City Council took Mosgiel for granted and there was a need for more investment in roads and a new aquatic centre.

''The roading around the suburb is not up to [the standard] you would expect to have in Dunedin.''

He also felt Mosgiel could be improved if businesses invested in the town and he felt there was room for a cinema in the community.

The expansion in the past decade at Mosgiel for example, had brought extra infrastructure and water and sewerage expenses for the council, although the cost is eventually fully recovered through development contributions paid by subdivision developers.