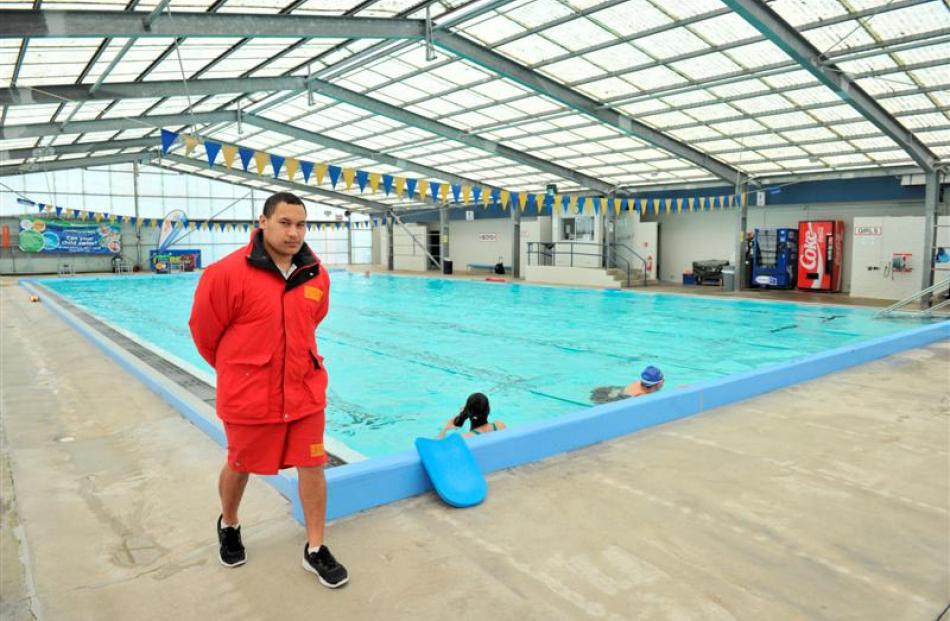 A working party reviewing Dunedin's swimming pool needs is to recommend to the Dunedin City Council it build a new pool in Mosgiel rather than improving Moana Pool.

The working party was re-established in January after council staff estimated the estimated cost of a new swimming complex at Mosgiel had risen to $18 million, since a report by the working party last year suggested it would be $11.5 million.

It also followed multiple submissions on the 2013-14 draft annual plan pleading with the council to finally make a decision on new swimming facilities in Dunedin, most calling for a new pool in Mosgiel.

Cr Bill Acklin called for faster progress on plans either way and the working party was reconvened to consider all the information that had been gathered, and report back to the council this month.

That report has been completed, and will be circulated to councillors later this week as part of the agenda for next week's council meeting, the last of this triennium.

''Very clearly the indications are that the Mosgiel option is ... the preferred option that we've recommended,'' Cr Weatherall said.

While he would not go into detail of the reasons for the recommendations ahead of the report's release, he said there were significant challenges with the extension of Moana Pool, particularly around increasing car parking on site.

He said the working party would recommend the council include a new Mosgiel pool in the annual plan consultation round for 2014-15 onwards. Some seed money should also be included in coming years' budgets for consultation and exploration of the final detail for the project.

While it would not go into a lot of detail about the design of a new facility, the report would talk about pool size, that it would be preferred it was established on a site already owned by the council and would cost at its most basic level less than $9 million, increasing from there according to the final detail of the plan decided on, he said.

No money is presently in the council's long-term budget for aquatic services upgrades.

It had long been agreed there was an opportunity to add community funding or support for the project, Cr Weatherall said, and that discussion would be needed, although he was cautious not to lay the whole project at the door of the community.

''As a minimum, if Mosgiel was the preferred choice of council, it would be a partnership.''

While a new pool in Mosgiel was the working party's preference, the council could still choose otherwise at its meeting next Monday, he said.

If he was on the council he would be pushing to get some money, even if it was only $100,000 for the first year, into the budget just to get investigations under way, to begin consultation,

get preferred sites worked out and the design planned, he said.

The report was a positive for the southern area of Dunedin, he said.

''It is the sort of project I will miss having the ability to be part of and drive,'' the outgoing councillor said. Mosgiel-Taieri Community Board chairman Bill Feather said the news was great for the area.

''The community will be very pleased that somebody has shown some direction finally.''

He was obviously hopeful the council would support the recommendation.

If it did, that would mean the community would be able to start standing behind its obligation to support the project, and bring it to fruition.