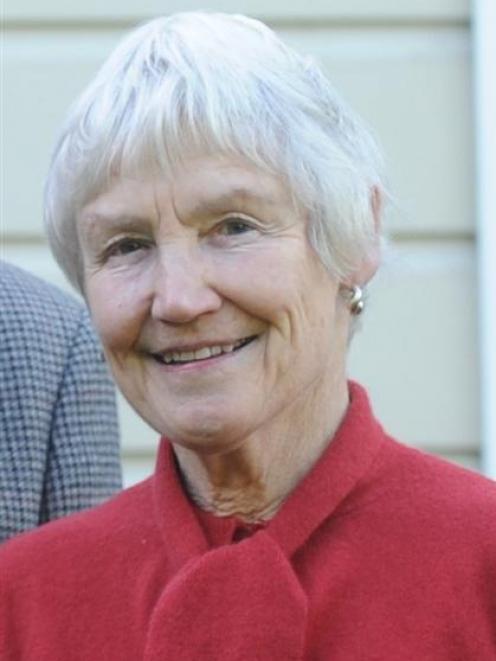 Ann Barsby
One of the Dunedin Gasworks Museum trustees expects to have a supermarket as a neighbour eventually, despite the setback dealt to Progressive Enterprises by the Dunedin City Council's hearings committee.

The committee on Friday decided to decline resource consent for a new Countdown store, which the supermarket giant wanted to build on a 1.1ha vacant site beside the museum.

However, the decision left the door open for the company to submit a second application with a new design more sympathetic to neighbouring properties.

Contacted yesterday, Gasworks trustee Ann Barsby said she was "delighted" by the committee's decision, but expected the company would try again.

However, it was hoped the delay would encourage the company to consult the museum's trustees before settling on a new design, she said.

Previous attempts to discuss the supermarket's design and impact on the museum with Progressive staff - prior to last month's three-day resource consent hearing - had been ignored, she said.

"It's a chance to hopefully negotiate a better outcome, hopefully with some sort of dialogue and collaboration.

"It's giving them [Progressive] a chance to come back with a better plan ... that's more community-orientated and giving due recognition of the heritage next door."

"Since we only received the Council decision on Friday, it is too early to make any comment.

"We will be considering our options over the next three weeks, when we will be in a better position to provide comment."

The hearings committee decision noted the gasworks museum was a heritage site of "national, if not international" significance, and the proposed supermarket design did not give the museum "appropriate recognition".

The design appeared to be "typical of an `off the shelf' supermarket package", and an alternative layout could provide a "more sensitive relationship" with the museum and other neighbours, the decision said.

Consultation between Progressive staff and museum trustees could also have been "much greater", it said.

A redesigned store could address concerns relating to a nearby lpg storage facility, traffic flows on Andersons Bay Rd, the location of contamination at the site, and urban design principles, the decision said.

The committee determined the site was an appropriate location for the supermarket, despite its industrial zoning, with surrounding retail stores in the area.

Contamination at the site would need to be managed as part of any development, but development would be preferable to the site's present condition, the decision said.

However, a proposal to install traffic lights to control vehicles at the Andersons Bay Rd entrance to the supermarket would have been "unprecedented" and "undesirable" in Dunedin, possibly leading to unintended consequences for traffic flows.

"The committee does not want a precedent being set where private businesses can expect to install traffic lights purely for the purpose of managing their own entrance and exit."

There were also "good reasons" for moving the supermarket away from the Braemar St end of the vacant site as part of any redesign, the decision said.

The original design had the supermarket located close to the Braemar St end of the site, positioning it closest to the museum, a nearby lpg storage facility on Hillside Rd and on the area of the site with the highest contamination levels.

The committee also ruled the cumulative effects of the supermarket, including the combined effect of its bulk and location and effects on traffic and parking, would be "more than minor".

Progressive staff and submitters have 15 working days from last Friday to appeal the decision to the Environment Court.