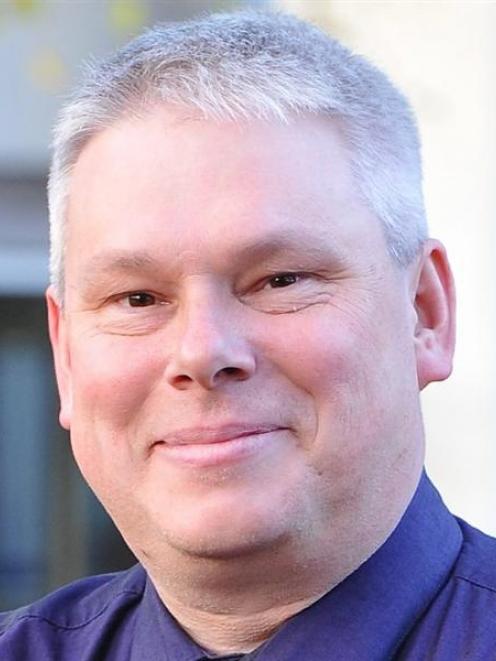 Ian Griffin
Museums are not just ''nice to have'' but are a critical part of modern, vibrant cities, Otago Museum's new director Dr Ian Griffin believes.

Yesterday was his first official day of duties at the museum, as director.

Dr Griffin (47) said he would argue ''very strongly'' that having cities which were ''strong culturally'' were ''critical to any civilised society''.

An English-born professional astronomer, Dr Griffin was previously the chief executive of the Oxford Trust in Oxford, England, a charitable foundation which encourages ''the pursuit of science'' and related education.

''What I bring to the table is a passion for the museum to make a difference in people's lives,'' he said in an interview.

The best museums inspired a sense of curiosity in visitors and he wanted Otago Museum to ''make people think''.

He was also making a long-term commitment to the museum - ''I want this to be my last job''.

He wanted to build on the work already done there, and would continue to develop relationships with institutions such as the Shanghai Museum in Dunedin's Chinese sister city, Shanghai.

He was also keen for the Otago Museum to help showcase some of the leading research undertaken by University of Otago researchers, such as Prof Glenn Summerhayes, a leading archaeologist who is also a member of the museum board.

Dr Griffin would also investigate making more use of social media as the museum continued to develop.

He acknowledged that China had earlier this year become, for the first time, New Zealand's leading export destination.

Museums played a key role in deepening understanding between countries.

A major show, Te Ao Maori: Maori Treasures from the Otago Museum, had attracted more than 600,000 visitors to the Shanghai Museum in 2011 and helped boost awareness of Otago and New Zealand in China. A big Shanghai Museum travelling exhibition devoted to some of China's ethnic minorities, due to open at Otago Museum in July, would also build further understanding.

He was delighted Toitu Otago Settlers Museum had won the Museums Aotearoa Project Achievement Award for its recently completed redevelopment.

''I think it's fantastic that there's so many successful institutions in this city.''

''It's not about competition - we all work together.''

Dr Griffin succeeds Shimrath Paul, the museum's previously long-serving chief executive, who resigned from the museum last September to become head of a centre for excellence in cancer treatment in Jakarta, the Indonesian capital.