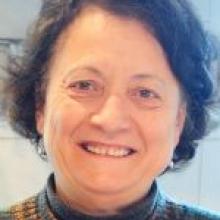 Afife Harris
Concern the proposed Wednesday farmers market could take customers away from Saturday's established railway station market has been raised by vendors.

The Otago Farmers Market Trust wants to establish a market in the car park of the Congregational Christian Church of Samoa, in South Dunedin, operating on a Wednesday between 3pm and 7pm, initially during the summer months, although consent was sought for a year-round operation if needed.

Afife Harris, a Saturday market vendor, said a second market in Dunedin could damage the Saturday market and there was no serious evidence to show support for such a market, especially in times of recession when returns were lower.

She was also concerned the trust was considering another market with full facilities when it did not provide services such as toilets, water or electricity for the Saturday market.

Saturday vendor Brian Miller, director of Aquarius Gardens, said he was opposed to the application as he was also concerned the new market could take customers away from the Saturday market.

"No analysis appears to have been done to base where the estimated 2000 customers will come from and what effect it will have on the Saturday market."

Graham Potter, a Macandrew Rd property owner, said his main worries were noise, especially at night from trucks with air brakes, and also a loss of privacy and security.

"The ordinary people in those houses haven't been considered enough," Mr Potter said.

Elizabeth Kerr, who was involved in the beginnings of the Saturday market, said she supported the second market, as the trust was an experienced and considerate operator, and a good neighbour.

It was likely to develop according to customer demands in South Dunedin, she said.

The market would open to the public between 3pm and 6pm each Wednesday, with an hour either side allowed for vendors to set up and later pack up.

It was unlikely someone on Macandrew Rd would hear the portable generator to be used at the market but Thomas St residents might.

Mitigation factors would be considered, he said.

A traffic management plan would be developed to mitigate concerns people had regarding parking and traffic movements.

However, large-scale measures could affect the viability of the market.

Traffic engineer David Gamble, on behalf of the trust, suggested the speed around the market be reduced to 30kmh.

Although Macandrew Rd was classed as a district road, its 6500 traffic movements a day was not a large number.

It was thought up to half the expected visitors would arrive on cycles or foot, leaving about 500 cars to park in a three-hour period.

Cones and traffic managers would be used to help people park and cross the road.

However, until the market was held, it was difficult to know what measures would be needed, he said.

Dunedin City Council planning staff recommended the application be granted subject to conditions, as it considered likely adverse effects could be mitigated.

The hearing panel adjourned to consider its decision.