'No plan' to shift Farmers Market to stadium 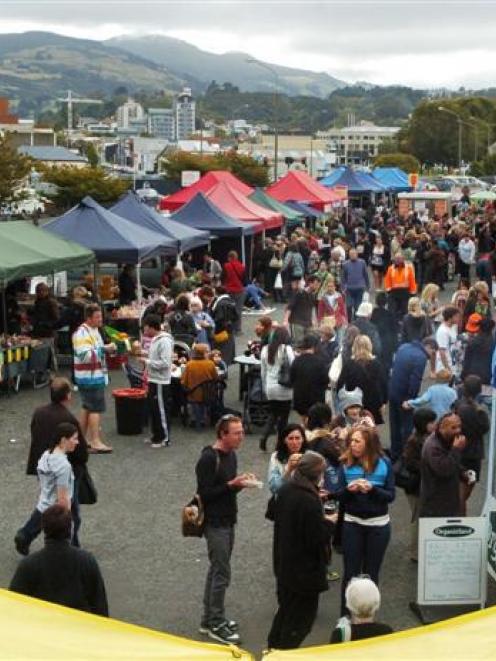 CST chairman Malcolm Farry on Monday told the Otago Daily Times a farmers market was planned for the stadium, and he had held "receptive talks" with the organisers of the city's existing Saturday morning farmers market about relocating.

Otago Farmers Market Trust chairman Paul Crack issued a statement on Thursday distancing the organisation from the claims, saying the trust "has no plan" to relocate from its Dunedin Railway Station site.

"The trust is disappointed to see those comments attributed to Mr Farry," he said.

However, Mr Crack acknowledged the trust sought information from the CST about the stadium more than two years ago.

"At that time, we were interested in options for growing the Otago Farmers Market, including relocation. We were then, and remain open to any opportunity proven capable of better serving the interests of our customers and stallholders."

In September last year, Mr Crack said some trustees met CST officials to discuss relocation, although with a request that neither the farmers market nor trust be included in stadium marketing material or media information.

"It will not have gone unnoticed by Dunedin readers of the ODT that subsequent roadside hoardings produced by the [CST] indeed did feature fresh produce. And now, there is his [Mr Farry's] statement on 7 April."

Mr Crack said the existing market was now "by some counts the largest farmers market in New Zealand", attracting 6500 people each week and located in a historic precinct with easy access to central Dunedin.

Any decision to relocate would be made only after discussion with supporters and stakeholders, Mr Crack said.

Asked for his reaction, Mr Farry reiterated only "receptive talks" had been held.

"We have had some talks but nothing further than that," he said. "I don't think I can comment on the fact they agree with me."