No warning to university on Invermay 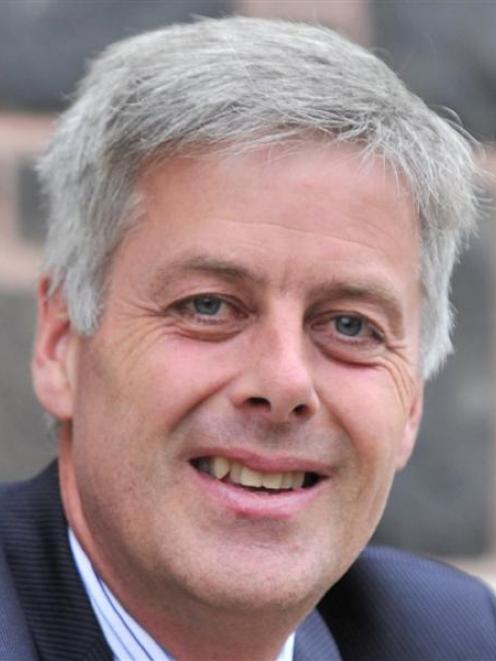 Prof Richard Blaikie
The University of Otago was not given warning about the decision to slash Invermay jobs and AgResearch declined a request to discuss restructuring plans before announcing them in July.

Documents obtained under the Official Information Act show the university had little knowledge of the extent of AgResearch's Future Footprint Plan before its announcement on July 31 last year.

The documents also revealed AgResearch was considering shutting ''one or more'' of its campuses before announcing its restructuring plan, which involved retaining reduced capability at its Invermay and Ruakura campuses.

In an August 2 email to AgResearch chief executive Dr Tom Richardson, research and enterprise deputy vice-chancellor Prof Richard Blaikie said: ''I have to say it surprised me to hear of the scale of the change, given your previously announced commitment to your four campus locations.''

In his reply, Dr Richardson said its announcement in April that its proposal was to retain all four of its campuses ''was not a given''.

''In fact as far back as 2010/2011 I have shared the possibility that we may completely close one or more campuses. So, perhaps your surprise is that 'commitment to four campus locations' inferred to you 'in a comparable state to today', which has never been our expectation nor, communications,'' Dr Richardson said.

Speaking to the Otago Daily Times, Prof Blaikie said the university had ''similar information to everyone else'' before AgResearch's announcement.

''They were very clear that they wanted to go through their internal processes first and inform their staff ... and we respected that view.''

Prof Blaikie declined to comment on whether this disappointed the university, given AgResearch discussed its plans with Lincoln University.

Otago University did receive correspondence from AgResearch in April, which mentioned a $100 million investment programme, but made no mention of cuts at Invermay.

In the same August 2 email, Prof Blaikie also questioned the merits of moving ''omics'' staff to Lincoln, given the strength of genetics at Otago University.

The university's genetics teaching programme was ''best-in-class'' internationally and ''streets ahead of any other like programme in New Zealand'' when it came to Performance-Based Research Funding.

''I know that the interactions around genetics and genomics have changed through the period of your last restructure (before your time and before my time) but I see better opportunities in strengthening this area of your operation in Dunedin/Invermay rather than moving people and adding to your build costs at your Lincoln campus,'' he said.

Speaking to the ODT, Prof Blaikie, said he was expressing his views, rather than the university's views, on the decision to shift genomics staff from Invermay.

The emails also showed the two organisations were enthusiastic about discussions over potential future collaborations, which had taken place following AgResearch's staff consultation.

''Like you, we are also encouraged by recent discussions that point to more collaborative opportunities for interactions across all campus locations of both organisations,'' vice-chancellor Prof Harlene Hayne said in an email to Dr Richardson last month.

Responding to questions with a statement, Dr Richardson said before staff consultation began, AgResearch discussed ''aspects of our high-level thinking with all those who wished to engage with us''.

''Since staff consultation was completed, we have been able to have more detailed discussions with the University of Otago and other stakeholders,'' he said.

He did not respond to a question asking if Invermay was one of the campuses AgResearch was considering closing, only saying: ''The Invermay campus is not closing, and we will continue to have a core group of scientists based there to work with collaborators, farmers and other regional stakeholders.''

Discussions with the university had ''already identified multiple areas for further collaboration''.

''We will comment further on these with the University of Otago at the appropriate time,'' he said.