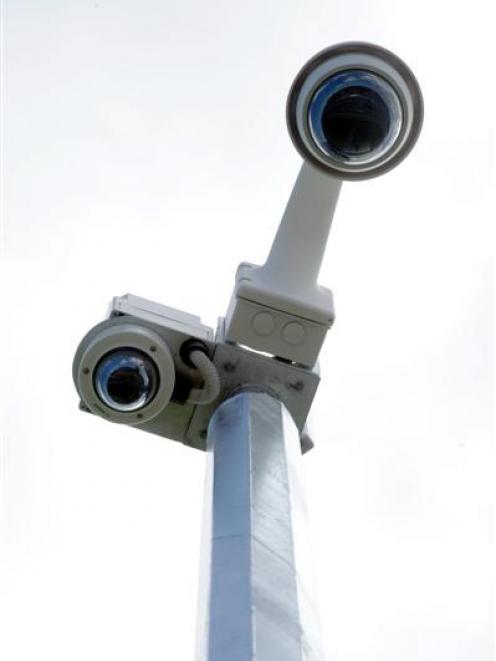 A 10m pole complete with two cameras, which was installed at the corner of Andersons Bay Rd and the Southern Motorway last week, has been confirmed as belonging to the NZTA.

But it would be traffic congestion not driving habits that would be the camera's focus, NZTA traffic and safety engineer Roy Johnston said.

The cameras were expected to go live later this month on the NZTA, Automobile Association, MetService, and Dunedin City Council websites.

The intersection near the Oval experienced the heaviest traffic flows between 7.30am and 9am, and between 4.30pm and 5.30pm, and the cameras would enable NZTA staff and the public to monitor the area for congestion, Mr Johnston said.

"It is a good tool for road users," he said.

The cameras were the first of their kind for Dunedin, and the city would now join Auckland, Tauranga Wellington and Christchurch in having a traffic information webcam.

The fixture, which cost $20,000, might be moved to another site in Dunedin at a later date if not utilised online by the public, he said.

Images from the high-resolution cameras will be updated every 30 seconds, with one camera likely to be looking southwards down the motorway and the other looking along Andersons Bay Rd.